Sit up and take more interest in how projects are delivered, says Colin Ellis 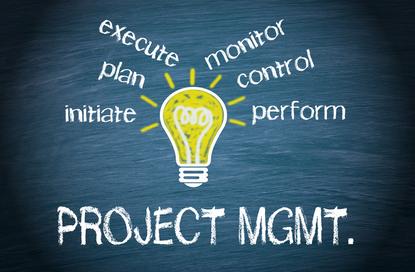 Only two CIOs I’ve ever worked for over the past 15 years have really cared about project management. Don’t get me wrong, the rest really cared that projects got done, usually quickly and with little time for planning or real customer engagement.

But did they actually care for project management – it’s people, culture, approaches or engagement with the customer? Not really.

A 2011 investigation by the Victorian Ombudsman looked at the 10 biggest IT-enabled projects the state was undertaking at the time and every one of them had failed.

They failed due to poor leadership and governance, poor project management and a lack of planning. In most instances, costs had doubled and in at least two cases, costs had tripled. The failures added an extra $1.4 billion in cost to the Victorian tax payer.

All of the reasons for failure listed in the report had been around and well documented for the previous 10 years. Most, if not all, of the initiatives included had program management offices (PMOs) whose role it is to oversee and assure delivery.

All had employed large, well known consultancies to lift the covers and find out what was really happening, yet still nothing changed.

A year later, McKinsey’s reported that 17 per cent of IT projects budgeted at $15 million or higher go badly as to threaten the company’s very existence. Its very existence!

If that's not something to make a CIO sit up and take more interest in how projects are delivered, I don't know what is. The report’s four key recommendations were:

That was three years ago and it represented a very clear call to action to CIOs and CTOs to take an active role in how their projects are delivered.

I am regularly told by CIOs that they have embraced agile as a way of delivering projects more efficiently and yet they quickly come to realise that agile is just another method and has little to do with project management excellence.

I’m able to demonstrate that excellence is driven by the culture that you have created through people demonstrating exemplary behaviours, collaborating in the right way, having a great plan and making sure the customer gets what they need, all the time.

Intel, CIO, Kim Stevenson, said recently: “There are no IT projects, only business projects.” The fact that CIOs are still saying that (they’ve been saying it since 2007), indicates that CIOs are still trying to convince the world that they are doing the right thing.

So it’s time to change and I mean really change because if not now, then when? It's time to pass around the IT project management mirror, take a good look into it and transform the way you deliver.

It’s time to move away from endless rounds of paperwork, lengthy business case lead times, employing self-serving consultancies to tell you what you should already know. You should start caring about the way projects are delivered and the people that deliver them.

It’s time to stop relying on PMOs to become centres of excellence because that ship sailed years ago and very few can articulate the value they provide.

It’s time to start hiring people who have the same values, behaviours and skills you’re looking to implement into your organisation. It’s time to throw out the cumbersome methods that are getting in the way of you delivering anything.

It’s time to hold project managers to account for their behaviours and not what they've learned in a textbook. It's time to provide ample time to plan a project.

It’s time to fully engage your customers and actively listen to what they’re telling you; while creating world leading cultures in which all of this can thrive.

Set the benchmark for a project management culture

Project managers have the reputation of IT and therefore the CIO in their hands. The way that projects are delivered is a demonstration, in the customers’ eyes, of the way IT is set up for success.

If you don’t get your project management people (most important) and approaches (less important) right, it will undermine everything else that you’re doing.

If you get it right, then you’ll be the person giving the keynote at CIO conferences around the world talking about how you consistently deliver great projects. You’ll be the one that your peers hold up as someone who got the culture of project management right.

Your IT shop will be the one that every great project manager (and skilled technician) wants to work in; and your customers will wax lyrical about your people and approaches when their peers at other organisations moan about their IT department.

And all it takes is a little care about that front line service that can make or break your department. With some guidance around what a good delivery culture looks like, some simplification around the way you do things now and with some training for your people on how to behave properly through the project lifecycle, it could be you.

It’s no fluke that those two CIOs I mentioned at the start of this piece that did care for project management were highly successful, well respected figures internal and external to their organisation and went on to bigger and better things because they saw that customer satisfaction could only be achieved by great people. That applies to your projects in the same way as every other service you provide.

Here are three things you should ask yourself:

If your answer to any of those questions is no, then you need to act quickly and not become another project failure statistic.

Colin Ellis is a project management expert specialising in people and culture not method and task. He has over 20 years experience in the UK, NZ and Australia and his Conscious Project Management approach ensures that people with consistently great behaviours are at the forefront of project delivery. Find out more at his his website or follow him on Twitter @colindellis