The wrong skills for the wrong century

Why the gap between the digital literacy of our millennials and other nations is increasing and what we can do about it. 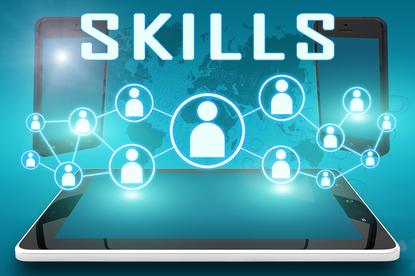 CeBIT was held in Sydney this week and for the first time – in the midst of the celebration of technology innovation – there was a specific session focused on what only can be described as an economic emergency – skills.

The emergency siren is being rung by all sectors across the Australian economy, in industry, academia, research and government. The evidence of digital disruption is hiding in plain sight.

In a landmark speech earlier this month to the National Press Club, Catherine Livingstone, the president of the Business Council of Australia (BCA), described this period as no ordinary disruption and likened it to a phase change.

What this means is that during a phase change – as in science – previous rules and philosophies no longer apply. And so it is the case with skills.

As Livingstone so starkly described: the education system is producing thousands of law graduates for which there will be no jobs; that 400,000 young people are neither in work nor in study. Our STEM (science, technology, engineering and mathematics) numbers have collapsed.

She called out some hard and sobering factors: that in Australia, the gap between the digital literacy of our young people and that of our competitor nations is increasing. And our young people – Australian millennials – are falling behind.

The BCA, the Australian Computer Society (ACS), the Australian Information Industry Association (AIIA), Commonwealth and State governments and recent reports by PwC and Ernst & Young – all call out the same inconvenient truth.

The truth is our economy is failing to produce the skills of the future, and far worse, it is pumping out skills for roles from last century and that will be destroyed through automation in less than 20 years. So let’s take a closer look at some of the numbers to understand the crisis that is unfolding.

Last week, a PwC report estimated that 44 per cent of Australian jobs are at risk from digital disruption and will likely be automated during the next 20 years.

In looking at the jobs listed – accounting, admin assistants, check out operators, general office and data entry – there is the inescapable observation that the jobs at risk are predominantly filled by women.

And at this same time when hundreds of thousands of young people are neither in work nor in study, and across the economy swathes of jobs are at risk from digital disruption – the economy is unable to produce the skills in volumes necessary for the digital 21st century.

To illustrate this point, the ACS estimates an additional 35,000 ICT professionals will be needed over the next three years alone. And where will these ICT professionals and skills come from? Increasingly not from within Australia’s economic apparatus as shown by the following figures.

The Department of Industry and Science’s statistics shows a decline of ICT graduates of 52 per cent between 2003 and 2010. And compounding this decline, computer science majors currently make up just 2 per cent of domestic graduates each year.

All up, only 2.6 per cent of students commenced higher education studies in ICT in the year to February 2014.

So what are the factors shaping a student’s decision regarding technology as a career choice? Part of the answer was highlighted in a recent paper by the AIIA, which not surprisingly found that major influencers were parents and teachers.

More correctly, career decisions are influenced by a gap in the parents’ understanding of what a career in technology could mean for their children.

The AIIA poll indicated that only 18 per cent of parents think their children would definitely be interested in a digital career.

Of deep concern, was the finding that only 46 per cent of parents believe that teaching IT/digital skills is more important that cooking/home economics.

At a time when the economy has an almost insatiable demand for digital skills – an appetite and demand that will only grow – the absence of a compelling and inspiring narrative is constricting the pipeline of student engagement and impacting perceptions of career choice.

The pull-through into university shows a further catastrophic decline in undergraduate applications and offers. In the year to February 2014, there were 5,795 offers to students to study ICT, compared to almost 50,000 offers to students to study society and culture. And of the precious few who commence tertiary technology studies, seventy percent do not complete or simply drop out.

The situation for girls is profoundly worse. Girls select out of technology very early on and before year 10 – and this entrenches stereotypes and locks out the opportunity for higher earnings throughout life.

These people are the most exposed to the devastating winds of digital disruption. Just think about the tens of thousands of graduates being produced for whom there are no jobs and the impact of automation predominantly in jobs performed by women.

How can it be, that notwithstanding the billions of dollars spent by governments on education, and in this digital era, that the number of STEM graduates has collapsed.

The fact is across the economy – not just the IT industry - we need to bust some myths. And we need to tell the story that inspires the generation. That every part of the world that we live in and our society is shaped and enriched through technology. This is a phenomenally exciting time.

But as Catherine Livingstone points out, this is not just up to the government or the education sector. The education system alone cannot adjust quickly enough to recover from this collapse.

Fundamentally, the economy does not produce students literate for the digital era. And worse, according to the PWC report, the economy is producing skills for jobs that will cease to exist.

Rethink for the digital age

So a fundamental rethink of philosophy is required. The Australian Government, NICTA, the ACS and the AIIA have invested to establish the Digital Careers Program to work across sectors to catalyse action and to drive, inspire and incite demand.

Digital Careers is a collaborative national initiative of industry, research, primary, secondary, and tertiary institutions (universities and TAFE), and government focused on reducing the critical shortage of Australian ICT professionals.

It does this by raising awareness and interest in ICT careers, and growing and diversifying the pool of tertiary students preparing for a career in the ICT industry.

In every respect, it is leadership that will inspire the generation and the workforce of the next 30 years – which makes partnerships with SAP, Intel and other partners even more valuable.

So it’s time to stop admiring the problem and expecting the government alone to fix it. It’s time for a new philosophy of collaboration to drive the economy to produce the skills for the 21st century. Get involved in the Digital Careers Program.

Every business leader, political leader, parent, and student should be very worried - this not a hypothetical scenario, or an academic exercise.

Marie Johnson is chair of the Digital Careers National Steering Committee, and is a Board Director of the Australian Information Industry Association. She is also managing director and chief digital officer at the Centre for Digital Business.