Internet tax will come directly from taxpayers so that they can be spied upon, says Ludlam 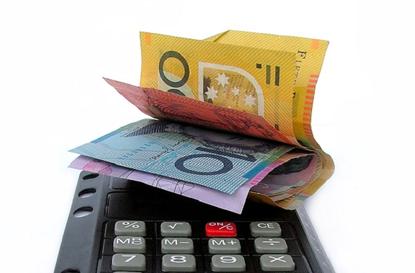 Greens Senator, Scott Ludlam, has slammed the $131 million allocated in the Budget to pay for the data retention scheme, saying it’s an “absolute disgrace”.

Among the many civil libertarians, telcos, consumer groups, privacy advocates and everyday citizens who fought against the government's data retention regime, Ludlam had battled in Parliament to stop it from becoming law in March 2015 or at least have the government provide an adequate cost-benefit analysis.

“We suspected this was coming, I don't know that the amount is a particular surprise to anybody, but this, on behalf of the Abbott government and the Labor Party, is a $131 million Internet tax which will be coming directly from taxpayer so that they can be spied upon - so that they can effectively be surveilled,” Ludlam said.

“I think that it's an absolute disgrace and what we do know is that it probably amounts to less than half the total amount of running the data retention mass surveillance program.”

Ludlam said there needs to be more focus on effective de-radicalisation programs, and Prime Minister Tony Abbott’s choice of words when talking about the issue of terrorism only makes things worse.

“We see Dr Anne Aly this morning from Curtin University, who's a pretty good authority on these sorts of issues, cautioning the Prime Minister even against the language of 'death cult' that he seems to enjoy putting on camera at every opportunity, that in fact it was doing some of these groups' work for them - it is actually reinforcing some of their propaganda.

“I hope that the PM would sit down with people like Dr Aly and talk about programs of de-radicalisation and counter extremism that actually work,” he said.

In October last year when the data retention bill was being introduced to Parliament, Communications Minister Malcom Turnbull said existing laws are not adequate for law enforcement to carry out investigations.

However, some have rebutted, saying existing laws have not been fully utilised and investigations in the past have been resolved without need to increase surveillance powers.

Jon Lawrence from Electronic Frontiers Australia – a non-profit organisation that represents users concerned with online liberties and rights – said he does not believe the data preservation notices under the <i>Interception Act</i> have been tried and fully utilised yet.

Dr Clinton Fernandes Associate Professor at University of NSW said at a data retention protest last year that though metadata was useful in investigating and resolving a case where a man broke into a Sydney home in 2011 to chain a fake bomb around a teenage girl’s neck, the police were able to do this without any increased powers.