CEOs see IT as revenue creating more than cost saving 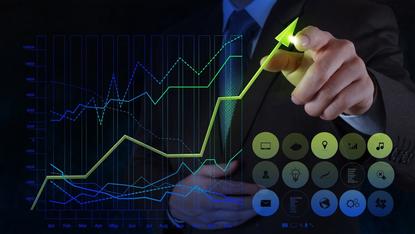 There has been a reverse in the interest of CEOs in IT projects that save the business money to initiatives that make money, Harvey Nash’s latest CIO survey has revealed.

The survey shows that from 2013 to 2015, there was a downward trend in CEOs wanting IT to cut costs and an upward trend in tech projects that bring in revenue.

“The relentless years of cost-cutting we have seen since 2008 at last seem to be coming to an end,” the report said.

Digital initiatives and better engagement with customers are also the top growth priorities for CIOs this year, which aligns with the CEOs’ focus on projects that make money.

Fifty-six per cent believe creating new revenue streams through digital technology is essential for providing agility and new customer engagement. However, 56 per cent also believe a strong and flexible infrastructure backbone is needed to pull this off successfully.

“While many organisations are keen to implement exciting new digital solutions, CIOs know that they need to have a solid foundation that is robust and secure,” the report said.

The investment in a chief digital officer (CDO) has grown by 7 per cent from last year. Thirty three per cent of Australian respondents only said they have a CDO working in their organisation, 16 per cent higher than the global average. An additional 5 per cent of respondents said hiring for a CDO throughout the year is underway.

Business intelligence and analytics is also a top focus this year, with almost half of respondents indicating it is a priority.

“Business intelligence and analytics has surged in importance. Growth compared to last year is running at three times any other priority on our list. We believe that as a result of digital disruption, many organisations are changing their investment priorities,” the report said.

The report said the lack of skills in these areas is still prevalent in the industry.