A Micro instance on Google cloud platform will now cost $US0.006 per hour under regular usage Google has announced its latest round of price cuts for its cloud computing platform, now 30 per cent cheaper than previous offerings, and 40 per cent less expensive than competing services for many workloads, the company claimed.

Google Australia has confirmed the cuts have been applied globally, with Australia and New Zealand customers able to access the cheaper cloud offerings.

Prices for Google Compute Engine have been dropping since its official launch in 2013, and have now officially reduced prices of virtual machines by up to 30 per cent.

The recent price drop is on par with Google's commitment to "follow Moore's law" to compete with Amazon, Microsoft and the other cloud vendors on price.

A Micro instance on Google cloud platform will now cost $US0.006 per hour under regular usage, Google said. For other instance types, the price cuts between 5 percent for High CPU instances and 20 percent for the Standard instances 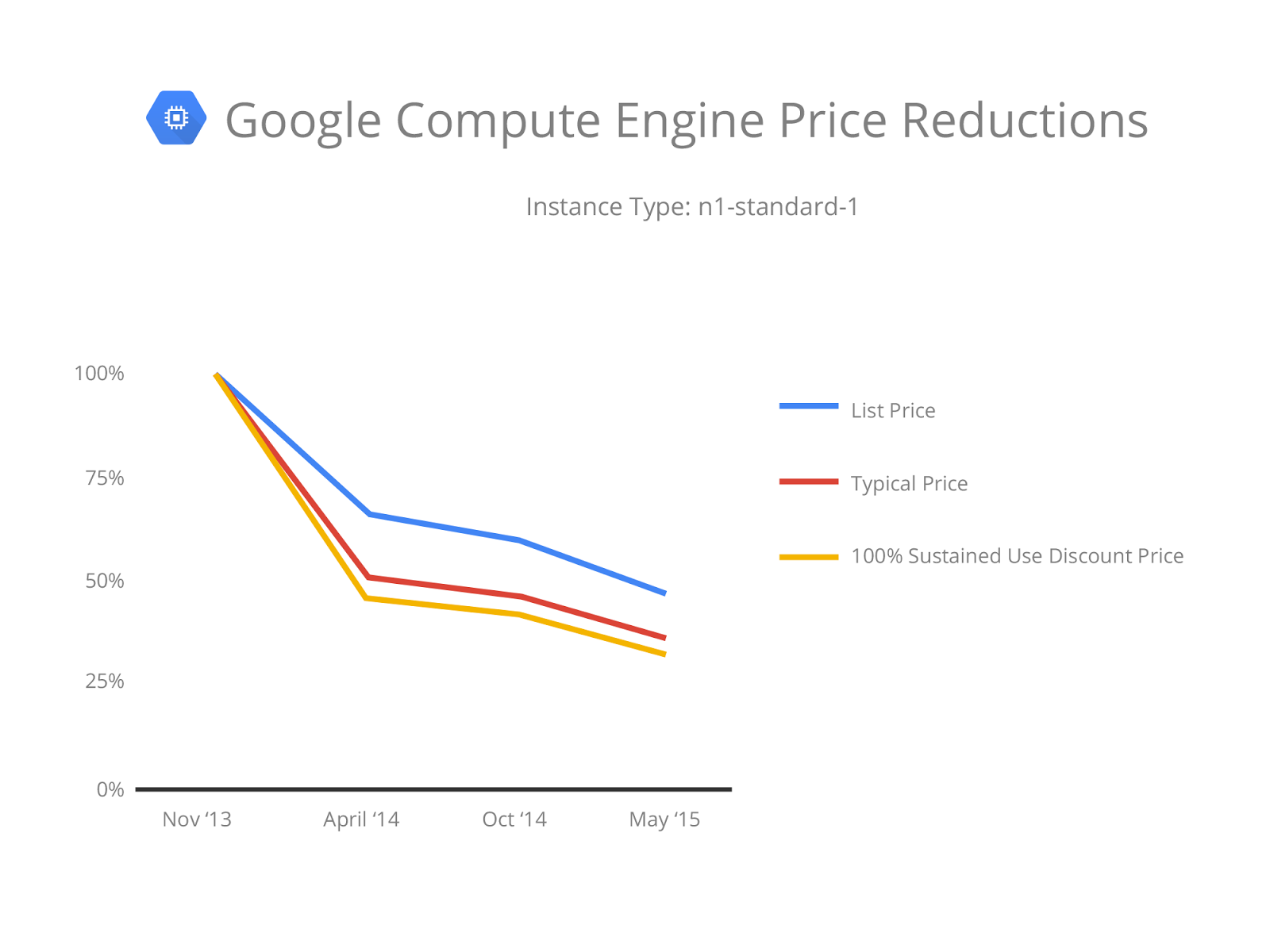 Google has also launched the beta of a new type of instances called ‘pre-emptible instances' for short term capacity, set to cost 70 per cent less than standard instances because they depend on idle resources in Google’s data centers, and can be subject to termination.

Unlike similar spot pricing schemes, Google’s pricing is fixed, so users won’t have to worry about the prices changing on them.

In the official statement, Google said the advantages of these new offerings become apparently in real world applications.

"The developer environment would benefit from per-minute billing because it can be turned on and off more quickly and you only pay for what you use. The production environment would benefit from sustained use discounting, up to 30 per cent additional discount with no upfront fee or commitment, because it always needs to be on," said Urs Hölzle, senior VP, technical infrastructure, Google.

"Many factors influence the total cost of a real-world application, including the likelihood of design changes, the rate of decrease of compute prices, and whether you’ve been locked into price contracts which are now above market rates, or on instances that don’t fit your current needs anymore."

"With [Google Cloud Platform], you're not required to make a long-term commitment to a price, machine class, or region ahead of time."