11,936 companies registered to claim the tax incentive for the 2012-13 income period, according to AIIA 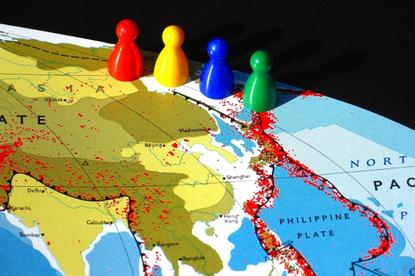 The Tax and Superannuation Laws Amendment (2015 Measures No. 3) Bill 2015 – passed through the House of Representatives this month – will reduce R&D tax offset by up to 10 per cent for small companies and 15 per cent for large companies. The bill is to be further discussed in the Senate.

AIIA CEO Suzanne Campbell, who will retire in January 2016, is urging the government to rethink the scheme. She told CIO that as of July 2014, 11,936 companies registered to claim the tax incentive for the 2012-13 income period.

“This indicates a significant number of businesses who are likely to be negatively impacted by the current measures proposed," she said.

“Technology companies and their employees are more internationally mobile than other industries. Without the right support they will find it relatively easy to move their R&D activities to countries with more attractive measures in place.”

Campbell gave an example of the UK being more attractive than Australia for companies to invest in research and development as it has an R&D tax relief and tax credit, and an R&D allowance for capital expenditure.

She added that increased investment in R&D in recent years is a trend she is seeing in many other countries such as Hong Kong, Singapore, Italy, and France, with Australia countering this trend.

“This is of concern given the 2014-15 Global Competitiveness Index (GCI) indicated Australia is falling behind in international competitiveness. We achieved our best result in 2009 at number 15 and have since slipped to number 22 out of 144 countries assessed,” Campbell said.

On 15 June, two days before the bill was passed in the House of Reps, Campbell wrote a letter to cross-bench senators, outlining the potential consequences it could have on the economy and Australia’s ability to innovate using technology.

In her letter she stated that not only will more companies look elsewhere for support overseas, but SMEs that rely on R&D tax incentives to be able to employ dedicated staff will feel the impact more so.

She also stated that the bill is ill timed with the government’s recent Re:think Tax discussion paper which asks for industry’s input on the current R&D tax incentive and how to best support innovation. The AIIA made a submission to this paper.

“It’s crucial we develop Australia’s capacity to support innovative companies to prevent our success stories relocating overseas. Retaining, not destroying the R&D tax incentive is a key element of this innovation framework.

“The AIIA would like to see tax incentives in R&D contribute to the world-wide stock of knowledge, rather than supporting activities limited to advancement in a firm’s own expertise,” Campbell told CIO.

“However, tax incentives are not enough. We call on the government to adopt a collaborative and systematic approach to building innovation which includes education and skills, encourages commercialisation, and addresses the cultural factors that make us less likely to invest in R&D,” she said.