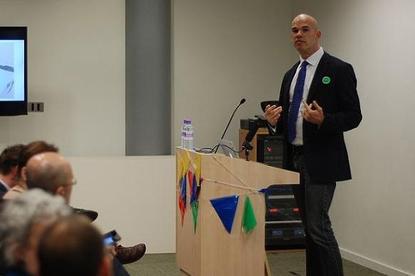 Shetler joins the DTO following 20 years’ experience leading complex IT and business transformation projects, including his latest role as an executive with the UK’s Government Digital Service (GDS).

Shetler also served as chief digital officer for the UK Ministry of Justice, which delivered four of the UK Government’s 25 digital transformation exemplars under his leadership.

It was established as an Executive Agency within the Communications Portfolio on July 1st 2015 to provide more efficient digitally-delivered government services.

The government has been seeking a CEO for the DTO since April, with an advertisement for the position stating: "Under your leadership, government services will be simpler, clearer, faster and easier to use. All new and redesigned services will be digital by default, benefiting everybody.

"The CEO of the newly created DTO will lead this transformation, supported by a dedicated team working across government to deliver services that are seamless and focused on the end user – individuals and businesses.

“Paul was the outstanding candidate following an extensive executive search and competitive recruitment process, and has been appointed to the DTO for a period of five years,” said Communications Minister Malcolm Turnbull in a statement released on Thursday.

Previously, David Hazlehurst served as acting as CEO of the DTO. Early work by the DTO has included establishing a single digital identity program for accessing government services, and the development of a digital service standard, intended to set out best practices for digital services provided by government agencies.

The DTO is also currently looking at ways to draw together data from across agencies to better assess potential to improve service delivery.

Earlier this year, the government said the department – which is made up of a "small team of developers, designers, researchers and content specialists working across government to develop and coordinate the delivery of digital services" – will operate more like a startup than a traditional government agency.