With fresh cash in hand, HackerRank wants to be the 'default resume' for coders 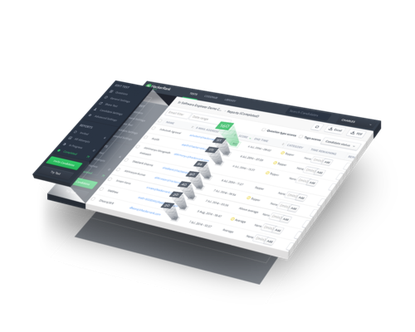 Good programmers are notoriously hard to find, but HackerRank thinks it has the answer. A fresh cash infusion suggests it may be on to something.

Employers looking for programming talent begin by sponsoring coding "challenges" on HackerRank's merit-based hiring platform -- contests that force applicants to use the skills the company needs. For example, a company seeking a junior developer might sponsor a challenge from HackerRank's library that says, "Given a list of points in the 2D plane, sort them in ascending order of their polar angle." Alternatively, it could create its own and have HackerRank host and score it.

Hackers participate in the challenges, which are automatically evaluated and scored, demonstrating their abilities and earning ranked spots on the site's leaderboards. Employers can see at a glance who has the skills they need.

HackerRank was founded back in 2012 by Vivek Ravisankar and Harishankaran Karunanidhi on the premise that resumes just don't cut it anymore in the tech hiring world.

"Resumes can't really weigh how good a programmer you are," Ravisankar explained.

Meanwhile, tech talent has become a strategic necessity for companies across industries as, in the words of investor Marc Andreessen, software is eating the world.

"Every company is becoming a software company, whether they're in financial services, retail, or oil and gas," Ravisankar said. "The fact that the software is so critical for business makes the hiring process even more important."

HackerRank charges companies a license fee starting at $199 per month for one user seat (such as for a recruiter) and up to 25 code-challenge invitations. It's free for developers, who can also use the site to hone their skills and earn badges through HackerRank's own challenges, sometimes with cash rewards.

With offices in Palo Alto, California, and Bangalore, India, the company now claims more than 1,000 customers and 120 employees. The site got about 150,000 programmers working on challenges last month, roughly double the number from six months ago.

Now, HackerRank's growth promises to continue thanks to a fresh $7.5 million strategic investment from Japanese HR giant Recruit, bringing its total funding so far to $19.9 million.

Most of the new funds will be used to scale the company -- Ravisankar expects it will be double its current size a year from now -- particularly in the Asia-Pacific region, where investor Recruit's primary strengths lie.

"I think what HackerRank is doing is very cool," said Lisa Rowan, a research vice president with IDC.

"IT skills are becoming scarce, and by enabling employers to host tech contests, both HackerRank and their employer clients are able to tap the tech audience, keep that audience engaged and identify real tech stars," Rowan said.

It's worth noting that many employers still think formal certifications are important, said Amanda McPherson, chief marketing officer with the Linux Foundation, which offers numerous training and certification programs of its own.

In fact, more than half of hiring managers expect certification or formal training in their systems administrator candidates, she said, citing a Linux Foundation report conducted with tech hiring site Dice.com.

Still, HackerRank hopes eventually to become "the default resume for programmers," Ravisankar said, much the way LinkedIn has for other professionals.

"It's a very transparent, meritocratic way of recruiting," he said. "It doesn't discriminate based on the schools you attended, the degrees you earned or the companies you worked at."