‘CEOs don’t give a hoot about IT’: Logicalis boss

What matters is what they think of you, says Logicalis' Basil Reilly 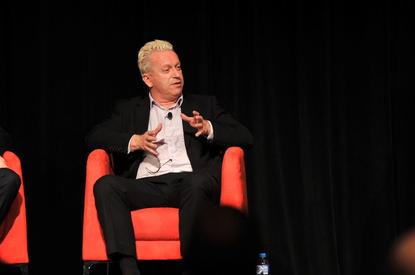 Logicalis Australia CEO Basil Reilly: What managers think of you will get you hired or fired

CEOs don’t care about IT and technology staff are spending time building metrics that are at odds with what’s really important to these senior executives.

This is the view of Basil Reilly, the CEO at Logicalis Australia. Reilly was responding to a question from the audience at the CIO Summit in Sydney about how IT teams align their successes to the outcomes that business executives are looking for.

“From a business perspective, they [CEO] don’t give a s**t, they really don’t,” he said. “You can spend all your time trying to come up with metrics that make sense to you as an IT person but really, if you are thinking at that level, they don’t care.”

Reilly was adamant that CEOs care primarily about their personal productivity.

“Is his iPad working? Is his phone working? Does his PC at home work? Can he make calls in the car? The second thing he cares about is you not making him look stupid in front of his boss. Does he know who to call at 4am when he’s doing a presentation for the board?” he said.

“Other than that, he [the CEO] doesn’t give a hoot about IT at all – this is the problem we are looking at,” he said.

“When I ask CIOs what are the top three priorities in their business they might say ‘ERP, CRM, etc’ and it’s like, ‘well your CEO doesn’t care about any of that, they really don’t. You’ve really got to work to get inside their [the CIO’s] head as to what it is that’s important to them [the CEO],’” he said.

Reilly added that CIOs should be finding out how they are viewed by other c-level executives. He said all the metrics in the world don’t matter because what your managers think of you will get you hired or fired.

“One of the best things you can do as a CIO is go out and get someone in HR or a consultant to do a 360 [peer review] for you. It will be confidential and it will be the first time in your career that you really know what the business thinks about you,” said Reilly.

“And you can work on that. Your boss is never going to tell you what he thinks because he has to work with you every day. Go out and get a confidential 360 – half of it will be ok, the other half you’ll go ‘right, I’ve got work to do.’

“It’s not about metrics, its not about ERP, it’s not about reports – its about human interaction that people like yourselves in IT aren’t that great at. It’s trying to understand some of that stuff,” he said.