Why half your projects will fail this year

And what you need to do about it 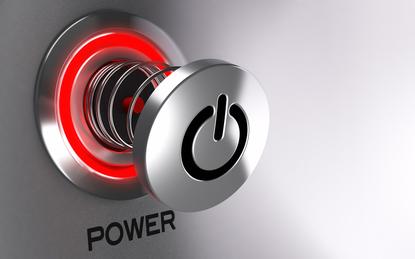 If you believe the statistics, around 61 per cent of the projects you work on this year will fail.

But there’s a lot of averaging and assumptions to take into consideration, so I’m going to err on the side of caution and experience and say 50 per cent.

Deep down (or maybe even high up) organisations probably already know that, but as with previous years, nothing will really be done to stop it, because, well that’s just the nature of projects isn’t it?

So let’s make this year different. After all, imagine if hospital surgeons had a similar success rate, that wouldn’t be acceptable would it? Now projects – for the most part – aren’t life or death in the same way as surgery is, but when $250 million for every $1 billion spent on projects is wasted, the results are just as painful.

It needn’t be this way. Here's how we can collectively change things for the better.

The model for consistently great delivery

Despite the investments organisations have made over the last 15 years in ‘capability development’ they're still no more certain to achieve 100 per cent of what they plan to.

Part of the problem is that they've not actually developed their capability in the right way, focussing instead on sending people on courses to learn processes and the importance of capturing and presenting information.

Knowledge of the support tools and approaches required to manage projects is an important part of being a project manager, however it’s only a third of the role and actually, it's the least important part. This triple constraints triangle (time, cost, scope) is used to keep projects on track, this is the model (leadership, culture, methods) to keep project managers on track. 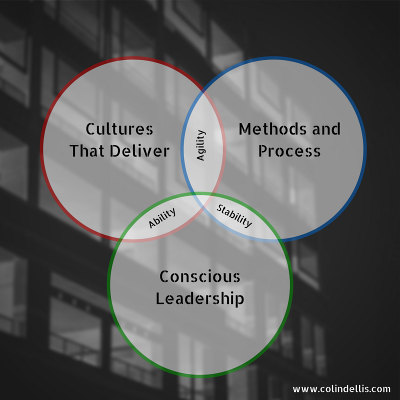 Your customers couldn’t care less about whether your project managers are university qualified, PRINCE2 certified or whether they have PMP after their name. They're looking for conscious leaders who understand their business and the staff they have working on their projects.

People who have values that match those of the organisation, who know how to treat fellow humans in the right way and are respectful of the demands on everyone’s time.

They value project leaders who have high energy, know the importance of planning and team building and who other people want to be around. In short, leaders with high emotional intelligence (EQ).

These kinds of project leaders have been proven to increase team performance immediately by 10 per cent and by up to 25 per cent within a year.

Great people, with high levels of self-awareness are the start point if you want to meet your customer's expectations this year and your customer’s satisfaction is the key metric of your projects.

In the past, we’ve put the measurement of EQ in the ‘too hard basket’, hoping instead that feedback at the end of the project will do the job. By then of course, it’s too late.

A new tool, ProjectNPS – based on the Net Promoter System, is looking to change all of that by measuring the customer's experience of the project as it progresses.

This will allow for changes to be made immediately, including (if necessary) the removal of a project manager whose style just isn’t seen to be working.

It’s a tool the profession has been waiting for as too often poorly behaved project managers look to blame the circumstances of their project or else the goalposts move so much, the project manager becomes the scapegoat for something out of their control.

A good leader is something to be identified and cherished. They are the future leaders of organisations.

If you build it, they will come

In a Geneca study, more than 600 business and IT people were interviewed on their project confidence levels based on how they'd be engaged by the project manager.

Three-quarters said that they felt their projects were doomed from the start, whilst 80 per cent admitted they’d spend at least half their time on re-work.

Building cultures where team members feel engaged and confident as to what needs to be done is often seen of as unachievable within existing organisation cultures. In reality it’s not, given the right person, with the right commitment and the desire to create something that people want to be part of.

The enviable cultures that are often written about at companies like Zappos and Atlassian were able to create something to envy by giving their teams the time to come together and define what great looked like.

As I have written about before, projects have a unique opportunity to do this and project managers should be the masters of doing it.

If a project manager can’t create something special that motivates people to get out of bed in the morning, they’re never going to succeed. It’s critical to the success of the project and their careers.

One organisation I worked with now spends the first week of every project bringing the proposed team together and undertaking a number of workshops and activities (fun stuff!) to articulate ‘how’ they would work together to meet the customer’s need before they attempt to start work on the ‘what’.

The results are happy customers whose needs are consistently met by people who care about what they’re doing.

Great process is seen and not heard

Making up the model of consistently great projects is the need for structure, process and documents to allow a project manager to ‘control’ the elements of the project in a different way than they would in business as usual.

Whether it's waterfall, agile or agilefall, these approaches provide project managers with a toolset to get things done.

These methods should complement the culture of both the project and the organisation and should be scaled according to the size of the project. Most of all they should be simple to follow.

In a CEB survey, 75 per cent of Australians surveyed said that the processes employed in their organisations stymied innovation and creativity.

Gartner recently stated that ‘organisations’ refusal to address complexity in the business process is a main reason for failure.’ This despite having dedicated program management offices to ensure that shouldn’t happen.

Don’t fall into that trap. As soon as an organisation has to ‘mandate’ business cases, plans and risk registers, it’s already in trouble as the people leading them shouldn’t need to be told.

These processes should be seen in action and not talked about with customers. Most of all they should support the business of getting projects done. Much like everything else, the value of frameworks in the delivery process can be measured – trust me, I’ve done it many times - and given that most organisations are at the start of the financial year, now would be a great time to do this.

I want every single project that's undertaken to be successful, but realistically I know that if that were the case we'd learn little about ourselves or our businesses. Having said that I also know that 40-50 per cent isn’t good enough.

It’s a waste of money, a morale killer and will lead to extremely unhappy customers. By employing conscious leaders, who build great cultures and use scaled methods to deliver, organisations have got the secret sauce to project success. Missing just one piece of this model will ensure they stay exactly where they’ve been for the last 15 years.

Colin Ellis works with organisations to reduce the time it takes to get projects done and to dramatically improve their chances of success. He gives their project people the conscious leadership skills they need and helps them develop the cultures necessary for their projects to succeed every time. Find out more at his his website or follow him on Twitter @colindellis