​How to create a simple digital government strategy

Developing a digital government strategy is a significant and complex challenge for public sector CIOs, but there are some steps you can follow, says Gartner research VP, Glenn Archer. 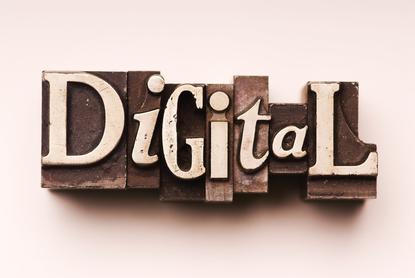 The process for developing an IT strategy is well understood and is generally seen as an important, if not essential, activity for most organisations and government entities. In contrast, the how and why of developing a digital strategy for government is far less understood.

A digital strategy for government, whether at a national or agency level, is critical in driving productivity, engagement and innovation. As technology continues to offer new and often revolutionary options in service delivery, citizens are increasingly comparing their experience in the commercial arena with that of government. The nature of this new competitive tension is often keenly felt by the government CIO when challenged to explain those differences.

Past practices of simply ’e-enabling’ existing forms or transactions are no longer sufficient. However, explaining why this is the case to people unfamiliar with the concepts of digital government can be challenging.

Having a structure that supports doing so in a simple and meaningful way can help CIOs increase the likelihood of such a strategy being adopted and more importantly, actively supported and implemented.

Establish a compelling reason for change

Developing a digital strategy goes far beyond technology. It often represents a call for significant change to existing policies, business processes and organisational structures. The strategy must include a narrative that people outside the technology domain can relate to and appreciate.

Government business leaders, executives and elected officials generally recognise the opportunities represented by digital government, but can struggle to understand how individual elements of a strategy support achieving the benefits. The strategy needs to be framed in a way that they can easily understand and actively promote to others.

By providing a clearer narrative and a more explicit context for the strategy, CIOs can assist a broader government audience to better relate to the need for digital government. They can also more clearly position the potential benefits that citizens and businesses can anticipate, and help others to better understand and value the opportunities and outcomes that it may deliver.

However, the differences between e-government and digital government need to be carefully explained to citizens, and the distinct advantages outlined.

A recent survey by the NSW State Government, for example, showed that more than two-thirds of citizens nominated easier-to-use mobile and online services as their preferred channel in dealing with government. In contrast, they also perceived open government, access to data and the digital economy as far less important.

Having a greater appreciation of the citizen's perspective can provide insight and guidance to the context and relative priority given to various elements of a digital government strategy.

It can help refine the portfolio of services that need to be considered and how these relate to regulations and obligations that government imposes on its people and businesses operating within its jurisdiction.

The ideal model for structuring a digital strategy will vary by the level of the jurisdiction — federal, state and local — or by agency function. Having said that, Gartner research and client feedback have indicated that a strategy structured around three key themes – organisational productivity, client engagement and the drive for innovation – would seem to work well in all of these jurisdictions.

While basing a strategy on just three themes may seem relatively simplistic, it’s in fact that simplicity that helps make the strategy. It makes the strategy’s aims more easily understood by elected officials, non-IT agency executives and, more importantly perhaps, the citizens and businesses that have the most to gain from its adoption.

Give ample weight to context

The capacity to adopt digital government practices varies, based on context. Issues such as relative technology maturity, political system, size, cultures, resources and importantly leadership, will all influence the approach taken.

Rather than simply attempting to copy the achievements of others, understanding your context is fundamental to formulating the strategy, implementing it and achieving the benefits.

Where individual agencies are pursuing a digital government agenda for their own purposes, these types of considerations will similarly impact the approach and the degree to which desired benefits are able to be realised.

Include an implementation plan

A well-crafted strategy without an implementation plan is a waste of time and effort. To ensure that there is a realistic assessment of practical constraints — and to avoid any disconnects between these two phases — implementation planning must occur as part of the strategy development and an outline, at a minimum, of that plan included in the strategy.

Most importantly, Gartner research strongly suggests that the implementation plan must explicitly place greater weight against one of the themes at the expense of the other two.

Doing so can bring focus to an area of poorer performance, thereby delivering boarder and greater benefits quickly. Alternatively, similarly to many commercial examples, choosing one theme to excel in can provide the context to demonstrate leadership of digital government.

Glenn Archer is research vice president on Gartner’s public sector team, advising senior government clients globally on digital government. Prior to joining Gartner, he was the Australian Government's Chief Information Officer. He will be presenting at Gartner Symposium/ITxpo on the Gold Coast in October on government use of cloud.