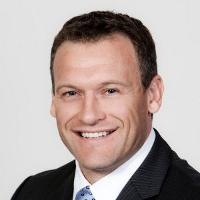 AGL Energy Limited (AGL) has appointed Simon Moorfield as CIO, following a restructure earlier this year, which saw the company roll finance and IT into one business unit.

AGL has been without a CIO since Owen Coppage left the company in April.

Moorfield will report to AGL’s chief financial officer, Brett Redman – who leads the finance and information technology group – when he joins the company on January 11.

Moorfield has moved to AGL from the Commonwealth Bank where he held the position of general manager, products & process, and was acting CIO for the retail division. He was at CBA for just over 12 months.

Prior to that he spent almost 14 years at GE, most recently as CIO, growth & strategic ventures at GE Capital.

AGL said Moorfield has global experience, including time spent in Asia and the United States and brings first-rate business transformation capabilities to the company.

“AGL’s world-class customer and technology platforms will be in very experience hands and I am confident that Mr Moorfield has the expertise to position AGL successfully in this rapidly changing digital environment,” said Redman.