Australia needs to embrace the best elements of our culture, the aspirational mindset, to drive innovation, says Wyatt Roy 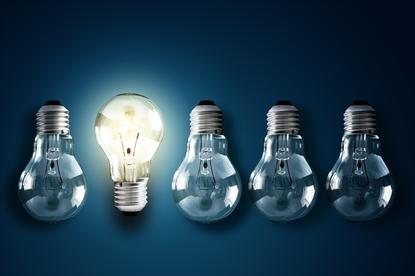 Australia should tweak its visa system to attract technology entrepreneurs to our shores and better deal with the ‘brain drain’ that sees technology workers take their skills overseas, according to assistant minister for innovation, Wyatt Roy.

Roy suggested reducing waiting times for visa approvals to curb frustration, addressing concerns about the treatment of 'digital skills' under the 457 program, and putting in place measures to help attract entrepreneurs was required.

“We do have an entrepreneur visa but perhaps looking at how we can further improve that and make it a more globally competitive system,” Wyatt said during a video link from Tel Aviv this morning as part of a forum organised by InnovationAus.com.

"These are the sort of things we could be looking at."

The Israeli Ministry of the Economy and Ministry of the Interior late last month announced a plan to issue ‘innovation visas’ for foreign entrepreneurs who want to work in Israel.

Under the program, entrepreneurs will be able to work in Tel Aviv for two years to create innovative projects and will be granted an extended Expert Visa for up to five years if they open a startup company.

Roy and 2012 Young Australian of the Year, Marita Cheng, are on a trade mission in Israel to scout out opportunities to cooperate with the country on technology innovation.

Israel is a well-known for nurturing innovation and entrepreneurship with more startups and venture capital investment than any other country worldwide. The country spends around $400 per capita in venture capital for innovative projects compared to about $5 per capita in Australia, Roy said.

Roy said there was a lot to be gained by working with global innovation hubs in countries like Israel.

“Here [in Israel] there are a lot of young Australians … I was talking to entrepreneurs at startups here who are heading home at the end of this month.

“And the fact that they are coming back to Australia is partly because they are excited about the opportunities that our country now represents, and it's a really valuable thing.

“The fact that they were here means they gained a new skillset, they gained access to new capital markets. It’s not one versus the other, you want to see circulation between the two countries [Australia and Israel] – and they complement each other.

Roy said that young entrepreneurs operate in a global environment and don’t need to call one country home.

He said to drive innovation, Australia needs to embrace the best elements of our culture, the aspirational mindset, the 'have a go' mentality and supporting the underdog.

"Here in Israel it’s very much evident in every element of their society. They are prepared to take on an enormous amount of risk to have a go, they’re not afraid of failure and if things fail one or two times, they will try again.

"I think from a cultural element, there is a nice alignment and a lot that we can share. In Israel they do fantastic research and have fantastic scientists much like we have at home but they are really able to cooperate in an effective way between the government and higher education, science, research and the private sector.

“There’s an enormous amount we can learn from the Israelis when it comes to the transfer of that research. And finally, both of our countries are magnets for the best and brightest people across the globe,” he said.