Hotels and taxis got served Uber and Airbnb – how soon until other businesses get slapped in the face with digital disruption? 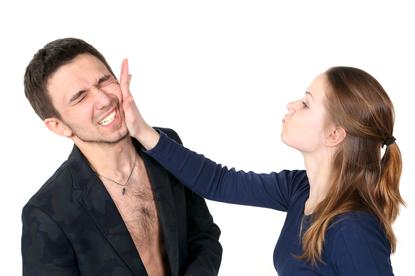 Airbnb, Uber and the like are walking right up to traditional businesses and giving them a big slap in the face, a wake up call that their biggest competitors are from outside their industry. This is what IBM’s latest Global C-suite Study found is making many CxOs nervous.

IBM interviewed 5247 c-suite executives, of which 1805 were CIOs, from more than 70 countries, including Australia. It found 54 per cent expect more competition from outside of their industry, with about 65 per cent of CEOs expecting more industry convergence and all other c-suite execs falling in the 60-70 per cent range.

IBM examined all participants’ responses to questions around competition, with the help of its Watson cognitive computer. It revealed that most banks used to see other banks as competitors and now they are looking at payment facilitators. Most hotels used to vie other hotels and now they are paying attention to Airbnb.

Most businesses across most industries used to focus their efforts in competing within their industry, now they are competing with outsiders.

The study quoted the CIO of a financial services firm based in Hong Kong, who said: “Titans like Alibaba and Tencent have begun to muscle in on territory traditionally occupied by state banks such as ours.”

Another CIO, who was quoted in the study, from a Chinese consumer products company, said: “If we work alone, our future growth will be constrained. We need to collaborate with other organisations.”

Seventy-two per cent of participants consider technology factors to be underpinning this shift in competition coming from the outside, the study found.

More than half of CxOs (54 per cent) are looking to source innovation externally, with 70 per cent expanding their partner network, the study found.

When it comes to creating more digital and personalised experiences for customers, the study found 80 per cent are working on it.

The technologies that most CxOs believe will be predominate in the next three to five years are cloud computing (63 per cent of respondents are focusing on this area), mobile technology (another 61 per cent), and the Internet of Things (57 per cent).

The survey also found most CxOs see technology more as a value add to business, rather than using it to save on costs or only for efficiency gains.

The top ways most CxOs plan to use technology is to develop better products/services, create stronger customer relationships, improve effectiveness of marketing and sales, and make and distribute products/services more economically.

Open and platform business models is the way to go for most CIOs wanting to innovative, the study found.

“CxOs also realise the influence of the digital invaders goes far beyond the sectors where the disruption has been greatest. And they can’t ignore the impact, even if their own organisations haven’t yet brushed with the giants or felt the sharp teeth of the ankle-biters,” the study stated.