​Apple Pay now live in Australia, but only with American Express

Restricting to one provider may hinder local adoption, according to Telsyte MD, Foad Fadaghi 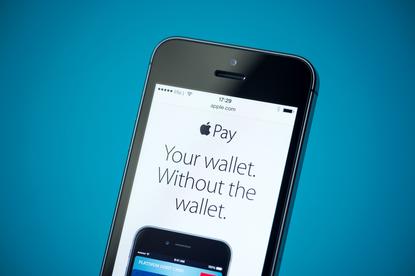 From today, Apple Pay will be available in Australia for contactless payment solutions on select iOS devices, but only for American Express customers.

Australians with a card issued directly by American Express (Amex) are now able to add their personal, small business and corporate Amex card and pay with their Apple device at participating stores.

Apple said the service provides users with real-time notifications and details of all recent purchases on their card. The tech giant has promised ease of access, strong security and provides video instructions on how to add your Amex card to the Wallet app in iOS 9.

“American Express is able to build on this innovation with the introduction of Apple Pay for our card members.”

Apple Pay was also rolled out in the UK earlier this year.

Earlier this year, Apple CEO, Tim Cook, announced Apple was partnering with American Express to bring Apple Pay to other eligible markets like Australia and Canada.

However, Apple’s decision to make its digital wallet only available to Amex customers may hinder local adoption, according to Telsyte managing director Foad Fadaghi, with a large portion of Australians customers being Visa or MasterCard holders.

“There is a very large base of Apple users that will be possibly disappointed if they don’t have an Amex card,” Fadaghi told Computerworld Australia.

“Even then, I think a lot of Amex customers might have other cards. A lot of utility comes from storing all of your cards in that [digital] wallet.”

Apple Pay in the US is supported by Visa and MasterCard, as well as Amex.

“It’s a question of whether or not the local banks think Apple is trying to muscle in on their turf. [Apple Pay] will show up the weaknesses of the major banks including some of the security aspects,” said Gadaghi.

Today the Commonwealth Bank also announced it would expand its Tap & Pay digital wallet service to include Amex customers.

CBA customers can now make Amex and MasterCard credit card purchases at POS terminals using Tap & Pay if they have an Android phone with NFC or an iPhone PayTag solution. According to CommBank, it is the first Australian bank to roll out Amex payments on all Android devices.

The bank launched Tap & Pay for MasterCard debit card purchases on Android phones in March this year. Since then, more than 300,000 cards have been set up on the CommBank app and 1 million transactions have been processed.

“Australia has some of the highest volumes of contactless payments globally and with more than 2.8 million users of the CommBank app each week, we are focused on delivering innovative payment features to our customers,” said Angus Sullivan, executive GM of retail products and strategy, Commonwealth Bank.

“This next evolution of the digital wallet places the power of mobile technology in the hands of even more Australians, giving them more convenient access to their finances whenever and wherever they are,” he said.