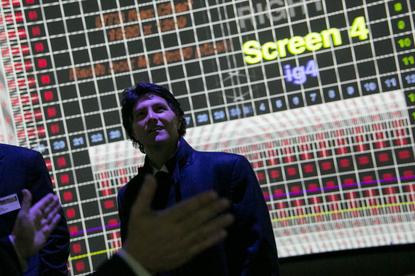 NSW Minister for Innovation, Victor Dominello, has made data sharing between government agencies a key focus in the final update to the state’s ICT strategy, promising that problem solving and policy development will no longer be done in silos.

Speaking at AIIA event on Thursday, Dominello said he wants to speed up the process of executing data and digital initiatives in government, and fix the government's reputation for moving at a glacial pace.

Dominello spoke about the Data Sharing (Government Sector) Bill 2015, recently passed in the NSW government's upper house, which gives him the power to request data from the state’s government agencies, state-owned corporations and local councils.

When requested, data must been handed over within 14 days, and will also be used by the NSW Data Analytics Centre (DAC).

“We have passed about 6 pieces of legislation across consumer protection and the DAC. Notwithstanding the reform that we have already undertaken in 227 days, that’s nothing compared to next year. We are going to go even faster - a much, much faster pace," Dominello said.

He said the Data Analytics Centre will work with industry, universities, and the not-for-profit sector to develop policy and tackle some of the biggest challenges in society such as traffic congestion and accessible education.

“If we are smart about the data we’ve got, we can bring the data together through different agencies and get far better outcomes for the people of NSW.”

Dominello also spoke about open data being the “fuel for the digital economy”, with the strategy update indicating that the NSW government will make its published reports machine readable, as well as integrating data between OpenGov NSW, Data NSW and the Digital State Archive. This will be enabled in the fourth quarter of 2018.

A NSW Customer Dashboard will be released in the second quarter of 2016, which will measure and report on the state’s government’s performance around delivering particular initiatives.

Oppermann said he is also looking at processes like 'differential privacy' to minimise the chance of using data to identify individuals.