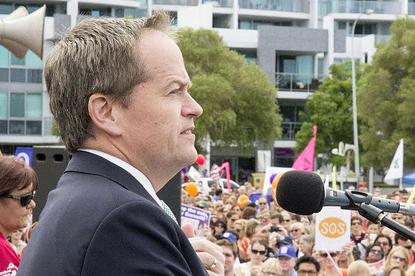 The Federal Opposition has proposed new policies encouraging more investment in startups, and to spread innovation support across Australia and overseas.

Labor got the jump on the Turnbull government, which will release its innovation policies on Monday. These are expected to include tax incentives in research and development and for businesses that work with universities drive entrepreneurial thinking.

Labor's policy statement included the introduction of tax breaks to help drive investment in startups in the early stages of their development through venture capital funds and angel investment.

Shorten said a Labor government would establish an Australian Angel Investment Scheme to provide an upfront 50 per cent tax deduction for investments up to a maximum of $200,000 per year.

By lowering the minimum level of investment required for entry into the scheme from $10 million to $5 million, the ESVCLP will entitle investors to receive a complete tax exemption on their share of the fund's income.

The proposed polices were designed to reward individual support for the nation's early stage innovation efforts, and follow prior suggestions from StartupAUS to create income and capital gains tax incentives for startup investments.

Innovation programs at home and abroad

Shorten also proposed to transform the remit of the Innovation Australian Board to establish a new independent innovation agency called Innovate Australia.

The agency, modelled after the UK’s Innovate UK, would be charged with delivering critical innovation programs and advice, set up through legislation to minimise the risk of political interference with each election cycle.

The Labor Government would also commit $1.5 million a year, over four years, for an innovation and commercialisation ‘landing pad’ to support Australian entrepreneurs to thrive in US and Asian markets.

The final key focus from Labor includes establishing a Regional Innovation Fund to advance regional innovations and prevent the bulk of entrepreneurial support being limited to cities alone.

Labor said it would provide funds to establish up to 20 new accelerators across regional Australia, over three years, with each consortium receiving $500,000 of seed funding per year.

Metropolitan universities will also be eligible for grants of up to $200,000 per year to establish or expand an accelerator or hub.

“We are looking forward to seeing the Government’s innovation statement next week and will be pleased to see bipartisan support for many of the issues StartupAUS has advocated for,” said Mr Bradd.

“There is no need for people working for startups and other innovation projects to all be located in one or two capital cities.

“However, without fast ubiquitous broadband linking all Australians this will continue to be the case. We can unlock considerable talent if we open up the field to people across the country. The Internet is what will drive this initiative.”