"The technology is the easy part; the complication is always the people" 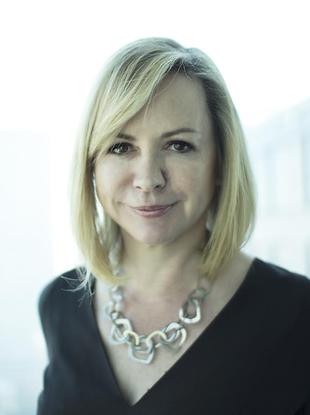 Claire Rawlins fell into the IT industry by accident. Growing up a small provincial British town, she moved to London in the mid-1980s taking her first job as a COBOL programmer at the Bank of America.

“I wasn’t particularly interested in coding – it was just a summer job and my career went from there,” Rawlins tells CIO Australia.

Although describing herself as a “rather bad COBOL programmer” in the early days, Rawlins says she was good at creating ‘flower boxes’ – documenting and explaining what her code would do but less efficient at actual coding.

“I cut code for probably a year but it wasn’t for me. At the time, there wasn’t the pairing approach we have now, embedded with the customer. It was very much about putting together a set of requirements and you sit and go and code them.”

Early in her career, Rawlins took on a systems engineering role at EDS before moving to Lloyds TSB in the UK where she was a general manager from 1988 to 1996.

"I moved very quickly into analysis and design at Lloyds Bank. While at Lloyds, I was put on an executive development team; there were 11 men and me. I found that I was always selected to do the 'too difficult' projects where there were lots of people involved or there was a failed program that needed turning around," Rawlins says.

She says it was during this time that she really began to grow as a technologist.

"The technology is the easy part; the complication is always the people. So the early part of my career was about getting people to do the right thing, getting them galvanised and passionate about whatever outcome you are trying to achieve."

Since the early days, Rawlins has been somewhat of a globetrotter. Between 1998 and 2009, she held senior management and technology roles in the United States, UK, and Germany at BNP Paribas, DrKW, Qwest, Fidelity Investments and BT.

At BT she was the first woman executive to run global IT engineering across all countries. She was responsible for 3,500 people and a vital player in breaking down what she describes as a “command and control” culture by creating smaller teams where people felt more comfortable about challenging conventional wisdom.

“We had a great amount of success at BT in fundamentally changing the culture,” Rawlins says.

She landed in Australia in 2009 and was appointed as a technology transformation advisor at AAPT before scoring the CIO role at NBN Co (now nbn), the company responsible for rolling out the National Broadband Network.

Rawlins spent almost three years at NBN Co under the previous Labor government before undertaking digital and IT transformation roles at Woolworths and Air New Zealand.

Rawlins says she is attracted by roles that ‘push the boundaries’ – those where state-of-the-art technology is adopted and there’s a desire to experiment.

And it’s her current role as group executive, digital and technology at Insurance Australia Group Limited (IAG) that she is enjoying the most. Rawlins, who was briefly IAG’s CIO, was appointed to the role in December following an executive restructure at the organisation.

She is leading the company’s Digital Labs division, which is building digital apps and ecosystems, and simplifying the organisation’s existing core platforms. Around 1,800 staff work inside this division.

Launched last July by current IAG CEO, Peter Harmer, the division has created several offerings including ShareCover, a protection policy for Australians who let their properties through Airbnb or Stayz.

Digital Labs is challenging IAG’s traditional way of thinking as an insurer by creating innovative products and services at the edge of the organisation, says Rawlins.

“We are very much about collaboration with third-parties – exposing our data and assets that they can use at the edge,” she says.

“I think it’s a very exciting period for insurance because it’s fundamentally changing. We will still have insurance at our core but you will see new products that you wouldn’t traditionally have associated with insurance.”

“I look after digital and technology which is around two main parts: core engineering and platforms and our infrastructure. Over the next two years in this area we will be looking at how we simplify our back office processes,” says Rawlins.

“For instance, we have 16 claims platforms between here and New Zealand. We are going to look at how we are going to consolidate that to take money out of the back office and put it into innovation and our digital customer experience.

“We have a model where we have autonomy with alignment. Over the years we have seen a lot of centralised and federated functions – I want the business lines to have their own digital teams co-located so they are really react quickly to changes in the market and customer needs.

This thin layer of alignment means that there is a common architecture across the organisation and APIs are shared for maximum reuse.

When developing digital solutions, architects use something similar to a ‘tube map’ like the one that is used to illustrate the complex train network that is the London Underground, says Rawlins.

“It’s a complex network but when you look at the tube map, you understand how to get from A to B very quickly. We group business capabilities into platforms and we have digital teams at the front end that ask the platforms to expose the services that are needed, rather than a traditional ‘build it and they will come’ sort of model.

“This is fundamentally changing the way we work – we are no longer doing these big, monolithic programs of work.”

Rawlins says IAG has an open, friendly and challenging atmosphere where the people are given enough space to innovate.

“My job is really to help them working together to get the product [created]. We do daily standups across the geographies – 15 minutes in the morning where we sync … there’s a social element to what we are doing that is becoming more and more important,” says Rawlins.

IAG’s digital future also depends on finding the right partners and over the next few weeks, the organisation will announce an agreement with a third-party for a digital initiative, which will be something new for the insurance industry, Rawlins says.

The organisation is looking closely at opportunities that are presented by the blockchain, a distributed database that maintains a list of all transactions made through it using Bitcoin, and allows for peer-to-peer payments over the Internet.

Taking advantage of social coding, where developers across Australia, New Zealand and Asia will work collaboratively, is also a priority.

“The Internet of Things and the connected home is going to have a huge impact on our industry so we are doing some experiments around that the moment,” she says.

All product and service innovations at IAG are led by the customer, says Rawlins. IAG no longer puts together business cases; it uses a ‘lean canvas’ where digital innovations can be tested and stopped quickly if they are not going to work.

“What we don’t find is that don't have that lengthy period of time when we put something out to market but it misses the mark. It [innovation] is all customer-led and data driven … and our digital team teams work with the lines of business to bring the customer in as early as possible so we create a product that fits well,” Rawlins says.

Good data analysis is crucial to the success of any digital program and Rawlins praises IAG for its ethical use of customer information. She says that in many cases, technology moves faster than legislation which “leaves things open for interpretation.”

IAG makes sure it doesn't cross the 'creepy line' of data analytics where high-level information analysis can get out of control.

“We are passionate about this and we pick the right partners who have the same fundamental view,” she says.

Creative minds are needed to build digital solutions and having a diverse workforce is vital in this new digital world, says Rawlins, who is a fan of street art and black and white photography.

“We’re looking for creators, digital designers – people who can produce those compelling customer experiences,” she says. “To do that, you need to be creative, you need to question and have a lot of empathy. In many cases, this plays to female skills sets, I am seeing more and more women come into the industry.

“There’s certainly a correlation between creativity and the ability to deliver quality code.”

Rawlins says that working in a male-dominated industry hasn’t held her career back rather it given her opportunities that others have not had, even during the early days at Lloyds.

“I was thrown into a very complex people-based environment where I had to motivate and inspire people and I think that’s helped me develop my skill set.”

“I want to create a culture [at IAG] that embraces that diversity. I’ve always been true to my core beliefs and ways of working and that’s why I think I have been successful,” she says.