CIOs have a great opportunity to hire technology workers jettisoned from startups forced to curb expenses. 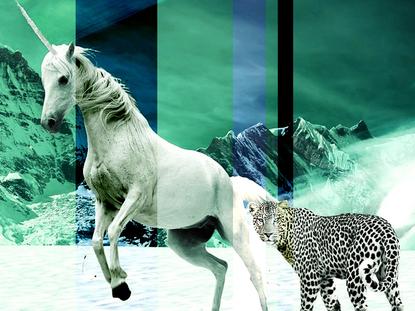 CIOs working for large companies are forever lamenting the challenge in luring technical talent, as employees gravitate toward high-flying, cash-rich startups based in Silicon Valley. At a time when CEOs are asking CIOs to oversee digital transformations, IT leaders at Walgreens, Whirlpool and other companies say luring more software developers, data scientists and user experience designers is difficult.

Thirty-eight percent of IT leaders who plan to recruit talent in the next sixth months said that it is “very challenging” to find excellent IT talent, according to the CIO Executive Council’s 2016 IT Talent Assessment Survey. But CIOs have a shot at hiring help thanks to a potential shakeout looming for so-called unicorns, those generously funded private companies worth at least $1 billion.

"When the taps start to get turned off -- which they did in Q4 -- the startups have to tighten their belts, which means they have to lay off staff," says Forrester Research analyst Ted Schadler, who examined valuations of more than 150 tech unicorns in a recent report, titled "What Comes After the Unicorn Carnage?" He says valuation challenges for unicorns, in particular, will create opportunities for CIOs who have typically lost out on technical talent to nascent companies that begin shedding workers to cut expenses.

CIOs such as ADP's Stuart Sackman aren't shy about exploiting the potential tech-geek grab. "To the extent that there are more people available because there are less opportunities to go win the lottery working for a unicorn .... I do think that helps us," Sackman tells CIO.com. He also says a little belt tightening is generally good for ADP, which competes with a few thousand startups in the market for human resources software.

Sackman says ADP has countered the challenge of attracting talent by opening an innovation lab in New York City, where the company is building analytics and machine learning capabilities into its software for PCs and mobile devices. He says the company has the resources and scale “to go big fast with new ideas and innovations.” "People want to work on things they know are going to have a big impact,” Sackman says.

Shawn Wiora, CIO of Creative Solutions in Healthcare, is already prepared to take advantage of the purge thanks to modern networking. He connects with engineers and product managers from many of the startups and incumbent vendors he works with via LinkedIn, and instructs new staff to add 100 new connections on the social network. “We have to stay in touch with every vendor we’re working with,” Wiora says. “Sometimes we solicit them for employment opportunities,” or to ask them questions about their technology.

CIOs who don’t snatch talent may be left behind

CIOs who don’t capitalize on the looming talent purge risk losing out to more nimble companies hustling to accelerate their digital transformations. "Companies either digitally transform to serve customers where they live -- or watch as customers find companies that can," Schadler says. "CIOs should seize this small window of opportunity to hire or acquire talent for digital transformation to serve customers in the digital channels of their choice."

Schadler also says CIOs must align their hiring strategy based on what talent they need with what will become available on the market. "Instead of a generic 'hire talent,' it's 'what talent do you need to acquire and where does that talent reside today and does that line up against markets that are already fading or will fade in the next couple of years?'" Schadler says.

As recruiters feast like piranhas on employees cut loose from struggling startups, CIOs who have built track records as "digital disruptors" will land the best talent, says Saad Ayub, who consults CIOs after serving in CIO roles at as Scholastic and The Hartford. "If as a CIO I am doing this then when the bubble bursts it will be easier to pick up talent," Ayub tells CIO.com.