​Blockchain: Panacea or hype or a little of both?

For all its apparent complexity and ambiguity, blockchain is currently the most advanced tool for solving certain global problems of safety, authenticity, privacy, accessibility and security of artifacts and transactions. 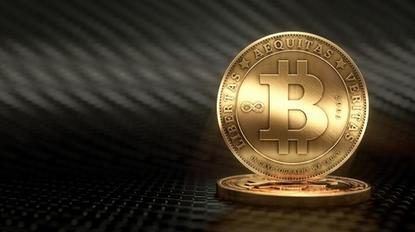 There’s a lot of hype about blockchain technology. People often say, ‘It’s the solution to all modern and future problems, an absolutely unique, un-breakable and infallible methodology for validating the integrity of data.’ Right? Probably not. But does it need to be? Let’s see.

Blockchain, in a few words, is a record of digital events, distributed across different participants. It can only be updated by consensus between participants in the system, and when new data is entered, it can never be erased. The blockchain contains a true and verifiable record of each and every transaction ever made in the system.

The good side of blockchain

Blockchain is a distributed system, secure, open and flexible, with the ability to be further enriched with new features. Since it’s not regulated by a single control centre, it has no single point of failure. The internet is the most obvious example of a scalable and available distributed system with a large number of nodes.

It can be described as a database where records are generated by many entities with the absence of a trusted intermediary. Distributed trust is the middle name of a blockchain because it allows such entities to trust authenticity of these data records even if they do not trust each other.

Entities here are not necessarily separate organisations, they also could be separate departments within a large company.

Today’s digital business world contains an ever-increasing number of purely digital objects whose originality and ownership are very difficult to define and track, and easy to lose, because they can be copied and changed.

Most of today’s digital objects have no physical properties. Their originality and ownership are often represented by a digital certificate and depend on a centralised ‘authority’ service. The single control centre can expose scalability and availability limitations, increased cost, and risk of security and privacy breaches.

Blockchain technology solves these problems because it contains a complete and verifiable record of each and every transaction ever made in the system.

Since its inception in 2008, blockchain technology has come a long way. Of course, it’s far from being a finished product, but neither are other hot technologies such as cloud, quantum computing, AI and more, for that matter.

The ability to retain information without the possibility to change it or remove it (delete it), can either ensure a person’s right to privacy or deny a person the right to confidentiality and privacy. It just depends on the context of the situation.

Extended use of blockchain is somewhat slowed down because those who talk and write about it focus too much on the hype instead of taking the time to understand its substance and how it can be appropriately used.

They say: “with blockchain we won’t need banks, credit cards, or cash money”.

Too vague to elicit practical interest and too inaccessible for the understanding of both ordinary and tech savvy people. To be fair, this is what occurred with many technologies in their early days, such as the internet, Java, cloud computing, artificial intelligence, social networks and big data.

Today, many of these technologies have already changed the world one way or the other. My point is, sometimes a desperate desire to sell a certain idea tends to stifle its essence and ability to apply it to other uses cases.

There are other challenges. The Bitcoin network is the most popular way of using Blockchain at the moment, and it is already congested with its current architecture. How, when, and what will be the cost of providing the necessary capacity to meet growth needs?

Blockchain technology currently has no formal roadmap to ensure, for instance, that even at their current level, all global financial transactions could be transferred to blockchain. Investment is key to solve many of these problems.

In quantitative terms, investment on the internet at the dawn of its development was many orders of magnitude bigger in comparison.

There is a lot of controversy around attempts to regulate this system. It is not very clear to what social and economic areas and most importantly, to what extent the state or agencies will be admitted into the development process to design compliance into the system.

Interestingly enough, the same technology that allows you to store information without being able to modify and delete it and provides instant access to it to any user, is in flat contradiction to the “right to be forgotten”, as what is already in the system can be neither changed nor deleted.

One conceptual problem lies in the fact that blockchain’s ability to ensure security, authenticity, privacy, safety and availability is just based on a set of algorithms – math, cryptography and distributed data processing.

So those of us who trust the system, trust it blindly. I can anticipate objections claiming that the problem of blockchain vulnerability has been more or less solved, it is just that “I do not have the full information.”

In this case, these solutions are either not in the public domain or are so complex that it is impossible to understand them.

Today, blockchain is no longer just a mathematical idea. There are many applications, solutions, utilities, libraries written for smart transactions, billing, and much more. Innovation based on blockchain technology is accelerating at warp speed because it is open and distributed.

Mega-trends, such as the internet was and what blockchain is promising to become, are not just limited to meet some current need, but they expose and sometimes create a completely new set of needs to be met, which in turn will develop new markets. Sometimes it is difficult to appreciate their huge importance in the early stages.

The blockchain system will gain momentum as people become more aware of its value and relevance. For all its apparent complexity and ambiguity, blockchain is currently the most advanced tool for solving certain global problems of safety, authenticity, privacy, accessibility and security of artifacts and transactions.

It looks like 2016 is going to be the year that will see the first real implementations of blockchain based systems.