​Your industry will be disrupted (again) in three years

Whatever industry you’re in, a rethink will be due soon, says SAS’ Evan Stubbs. And that goes for the forty year old analytics company too. 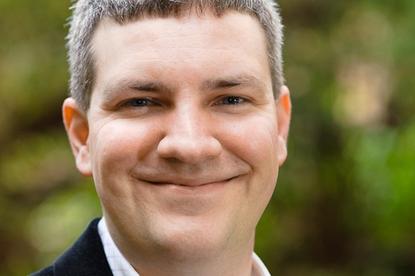 "In any given industry, within about three years something is going to be introduced that will force you to rethink what your business model is," says Evan Stubbs, SAS’ chief analytics officer for Australia and New Zealand.

Recent history is littered with major companies that stopped adapting. Blackberry was at the top of its game before it forgot to innovate. Blockbuster's CEO once passed on the opportunity to buy Netflix (with cruel irony Netflix is now recreating the video store experience in VR). Kodak once commanded 90 per cent of film sales and 85 per cent of camera sales in the U.S.

Stubbs warned businesses at an SAS customer event in Sydney that: "Today they are certain things that make your business model a success and you should focus in on those and you need to be good at them. But at some stage there's some sort of disruption that happens where the stuff that used to make you competitive goes away."

But what about SAS itself? The disruptions facing industry have been to its advantage: Big Data, the Internet of Things, and the increasing focus of CEOs on data analytics.

David Bowie, managing director for SAS Australia and New Zealand, said there's been a "fundamental change in the role we had".

"It's moving analytics from the backroom where it was nice and comfortable and hidden away, and increasingly analytics is a topic in the boardroom of Australian companies and in governments across the political spectrum," he said.

Founded in 1976, the company has enjoyed uninterrupted revenue growth ever since. Its operation in Australia and New Zealand has grown by 38 per cent in the last three years. It remains a privately held company that has grown organically with very few acquisitions.

Talking about working with Stubbs, Bowie said: "There's no question he's very challenging because he often asks the question - so what's our fifteen year business plan? I don't know the answer to that one but I know we have to stay ahead of the curve and we have to keep innovating."

To do so, the company is betting on cloud and machine learning with the launch of a new analytics and visualisation architecture SAS Viya.

Open and cloud-ready (though it can be deployed on-premise), it is designed to be more accessible and scalable to any size and attract new adopters be they CIOs, casual business users, data scientists or application developers. Accessible from popular programming languages and public APIs, SAS Viya delivers analytics and data mining for any skill level.

It supports new analytic methods that can be accessed from SAS and other programming languages, initially Python, Lua and Java, as well as public REST APIs.

Ultimately it aims to "minimise the time between early-stage analytical exploration and the end result of business value".