Raspberry Pi news roundup: Some burgers to go with that Pi?

You’d think that people would be squashing up against the limits of what you can do with a Raspberry Pi by now, but you’d be wrong. 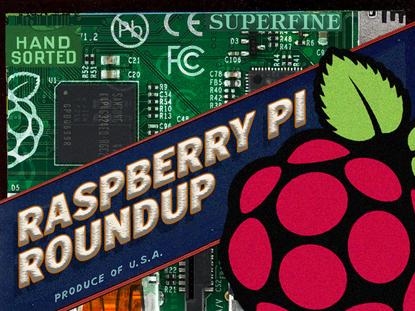 You’d think that people would be squashing up against the limits of what you can do with a Raspberry Pi by now, but you’d be wrong. One enterprising Redditor has decided to play Pinocchio to a toy GameBoy – handed out by Burger King as part of a promotion – and turn it into a real one, using an emulator and a Raspberry Pi Zero.

It’s an impressive feat of electronic DIY by user Joe7Dust, publicized by fellow Redditor ChaseLambeth, who had been trying to do the same thing himself before he noticed that someone else had already had the finished article.

Sure, it might be complicated to play with, particularly for people with adult-sized hands, but it packs a lot of retro cool into a tiny package. Maybe it’ll make you nostalgic for the days when your thumbs would only cover one of these buttons.

I admit it – I’ve never played around with Android TV before. My impression is that it’s pretty much the same thing as the other smart TV systems out there – a handy, unified living-room hub for all the video content you could want to watch, whether in a discrete set-top box or baked directly into a smart TV. Since I’m mostly a Netflix/YouTube kind of guy, my Chromecast seems more than sufficient.

But ever since the news that official Android support for the Raspberry Pi could be in the pipeline, people have been hyped for the idea of being able to use a Pi to run Android TV – and it could be something that helps Android TV reach a broader base of consumers, as well.

A couple clever people have taken matters into their own hands, however – there are a couple unofficial builds of Android TV running on the Pi out there already. Here’s one such effort, from YouTuber Geek Til It Hertz:

The skinny on thin clients

The inventor of the thin client, Jeff McNaught of Dell/Wyse, recently told UK tech publication Cloud Pro that Raspberry Pi-based thin clients are “good for the industry,” in the wake of Citrix announcing that they’re supporting those devices.

Of course, he meant it in the sense that he’s glad that it’s getting people to think about thin clients in general, not that he thinks they’re going to be very good thin clients.

"At $99 [for a Raspberry Pi], it's an attractive price but I have thin clients that I sell for $49, so half of that price, and it's less than one per cent of my revenue," said McNaught. "Why? Because most customers want to keep the thin client in place for eight to 10 years."

"So when we build a device for eight - 10 years, we're helping the company. The expense is not the device, the expense is installing it, managing it, securing it - and we've learnt this," he added.

It should be noted that the $100 price is for Citrix’ announced Raspberry Pi-based thin client, not the boards themselves. Fair enough, although the cheapest general-use thin clients Dell/Wyse lists on its site go for $300, so that $50 figure seems questionable. Maybe $100 really will be an attractive price.