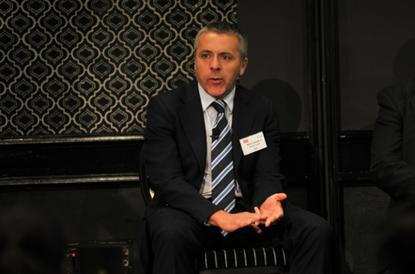 Campbell had spent the past year and eight months as CIO, business transformation at the Cerebral Palsy Alliance. He replaces Neil Hitchcock who had been with the company since 1996 and has retired.

Campbell said in a statement that he was looking forward to stepping into the education sphere and leveraging the many available technologies to enhance education delivery and service.

“The education sector is of vital importance to the Australian economy and there are many technological breakthroughs and opportunities for the industry to take advantage of,” he said.

“The education sphere is on the cusp of being transformed through digital technologies and I am looking forward to exploring these to produce even better quality outcomes for Navitas students,” he said.

Campbell left ASX-listed Ramsay Health Care in August 2014. He had been CIO at the health provider – which operates 150 hospitals and day surgery facilities across Australia, France, Indonesia, Malaysia, and the UK – since 2006.

During this tenure at the healthcare group he consolidated key systems, resulting in annual savings of $5 million. He also implemented new billing processes, saving $1.5 million; improved IT relationships with hospitals; and executed a strategy focusing on digitisation opportunities.