An Israeli company that offers a fully automated industrial drone system is looking to expand to Australia and raise funding locally.

Airobotics’ offering consists of a drone, base station and software which together allow customers to carry out a range of drone applications without the need for a costly pilot or operator.

The company is looking to set up an office in Australia towards the end of this year to target mining, oil and gas and industrial companies. Airobotics representatives will be at the Diggers and Dealers Forum in Kalgoorlie next month.

Having operated in ‘stealth mode’ for a number of years, Airobotics launched publically last month.

Airobotics’ platform is made up of a drone called Optimus which can stream real-time video and carry a one-kilogram payload for 30 minute flights.

Optimus launches and lands on an Airbase – a 2.1 metre tall, waterproof mobile cabinet – which can quickly swap out Optimus’ batteries and payloads with a robotic arm.

The software allows customers to schedule and plan repeatable missions as well as process the data the drone collects.

The company said its drone platform could be used to carry out routine inspections, measure and map stockpiles, and strengthen security.

Major mining companies like BHP Billiton and Rio Tinto have begun using drones as part of their operations. The NSW government launched a six month trial of military-grade drone Little Ripper in February as part of its $16 million shark management strategy. This year Fugro Roames recruited drones to help scan 1.1 million overhead power poles across 160,000 kilometres in a trial for Ergon Energy.

In Australia anyone flying a drone for commercial gain requires a UAV Controller’s Certificate. From September this year the certificate will be replaced by the Remote Pilot Licence (RePL).

It is unclear how the legislation covers automated, pilotless flights, such as those offered by Airobotics. 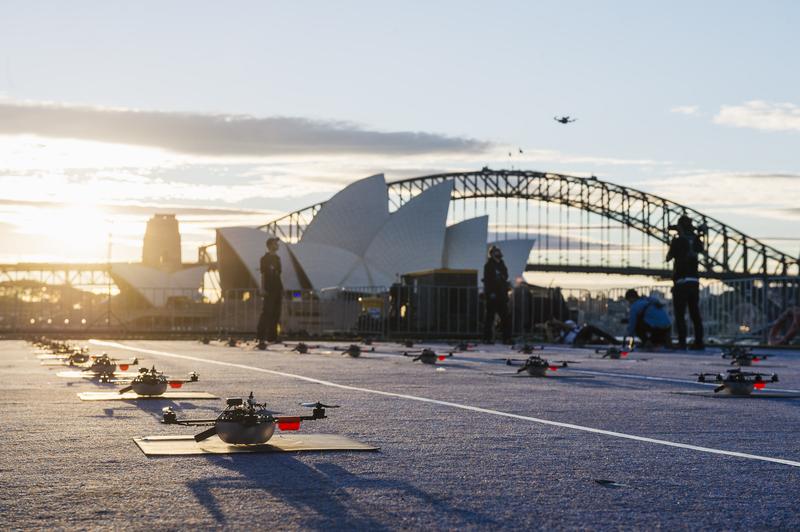