​What the feds can learn from NSW about e-voting

Ian Brightwell, the former NSW Electoral Commission CIO, discusses his experience with e-voting during the 2015 state election and what can be changed at a federal level. 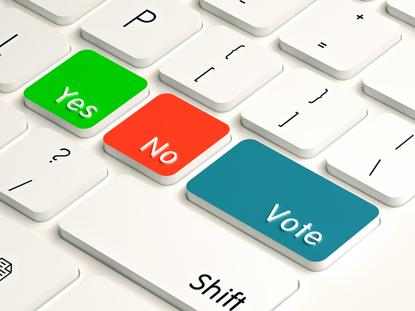 During this month’s federal election, Ian Brightwell was asked by the Australian Electoral Commission to work at a pre-polling place at Crows Nest on Sydney’s North Shore.

“They were looking for people who know how elections work,” he told CIO Australia.

Brightwell was certainly the right person for the job. He was formerly director of IT and CIO at the NSW Electoral Commission – a role he quit in March – and a big advocate for electronic voting as a means to gain greater electoral integrity.

The commission introduced e-voting during the 2015 state election for voters who are disabled, blind or have low vision, and those who were outside NSW on election day.

On election day, Brightwell was also the 'officer in charge' of a joint polling place in Chatswood, Sydney.

“Everything I’ve been saying over the years about the paper voting system being less than perfect, got rammed in my face when I worked on election day,” Brightwell said.

His comments come as prime minister, Malcolm Turnbull, and Labor leader, Bill Shorten, earlier this week pushed for e-voting to be introduced with counting still not complete in five vital seats since election weekend.

“Without iVote, the NSWEC would have had to do what AEC did this time. As soon as nominations closed and ballot papers are printed, they then send bundled votes and other material to consulates around the world. And those consulates would then act as polling places and send the completed votes and unused material back as soon as they could on the Friday before election day.

“Last state election, NSW did not send any paper votes overseas to consulates for the election,” he said.

During state elections, polling places across the country used electronic devices (Android tablets) to determine where individuals are enrolled if they try to vote somewhere that’s outside their enrolled division, said Brightwell.

“In the federal election, the polling places had no electronic look-up devices. If you turned up to a polling place and said, ‘I want to vote’ and you weren’t on the paper roll in that polling place’s division, a guessing game goes on. If you lose the guessing game, part or all of your vote gets rejected.”

“Statistically, the rejected absent votes for the AEC using no electronic device is much higher than it is for the NSW Electoral Commission who have devices where every polling place can look people up who aren’t within that electoral area. And that vastly improves the quality of the absent votes you take, while reducing the effort and stress on staff and electors in polling places.”

This method also reveals people who are not enrolled, he said.

“At the state level in Victoria and NSW, they have an ‘enrolment vote’, which allows people with a valid driver’s licence to both vote and enrol. Enrolment voting is not available federally.”

Without an e-voting infrastructure, the AEC is doing a “workman-like job” and these problems are largely forced on them by legislation and funding, Brightwell told CIO.

Certainly, the AEC is now leading the way in security of ballot papers and procedures related to ballot handling, but the burden of these procedures largely fall to the polling officers in charge.

“The current paper system is not broken but it is certainly strained and can’t keep going the way it is now because it squeezes people on the ground in polling places too hard.”

“My general feeling is that everyone in government wanted the [Australian] Electoral Commission to shine [during this election],” he said.

“They would have come out better if it had not been for the fact that we had a potential hung parliament and government could not be reliably determined on election night. And because of that, the focus turned to the AEC and why it appeared to be slow.”

A quicker result with e-voting?

Brightwell doesn’t advocate e-voting across the board just yet. Rather, it needs to be done progressively and rolled out across voting channels which are difficult to manage.

“The original reason for iVote was [to help] blind, low vision, and disabled [people] who obviously need access,” Brightwell said.

“The next group are interstate and overseas voters where you put a lot of effort in to get very few votes and quite frankly, some of them fail because they come back late.

“It comes with risk but there aren’t really any viable alternatives and if we are going to go into it, we need to do it well with the proper scrutiny,” he said.

Meanwhile, pre-polls are also taking a huge number of votes and having computers at these locations would be helpful, he said.

“You can shove equipment into all these pre-polls … it’s not an impossibility or even a huge difficulty to put computers into pre-polls because you are there for two to three weeks,” he said.

At the very least, all of the ‘out of area’ votes can be done in the pre-poll on a computer, he said.

“But to be frank, the smart thing to do would be to do all pre-poll votes electronically. The key when you do it, because it’s an attendance vote, print a paper docket and that paper docket gets put into a box.

“That box is then used on a sample basis to validate the result – so you can have no dispute [about the result]. And that will pick up potentially another 20 per cent of the vote. And those votes, which aren’t counted on election night now, would be available on election night,” he said.