Recruitment firm saves up to $700,000 annually in OPEX costs following a complete refresh of its IT infrastructure 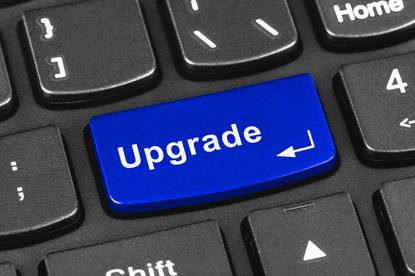 When PCs in China are catching on fire – a country where you are drawing a significant proportion of your revenue – it’s most definitely time for a refresh.

This was one scenario Brett Reedman, the Asia-Pacific IT director of global recruitment firm, Hudson, faced when he arrived in January 2014 to undertake a significant tech transformation to support 1,300 users around the region.

“It was obvious talking with staff that there was a fair bit of legacy hardware and application infrastructure. In China, we had some old Dell desktops that did spark up in our Shanghai office so obviously it was a big driver for us to fast-track that piece of work,” Reedman told CIO Australia.

Hudson has gone through a restructure in 2013 when corporate teams were downsized and leaving the IT team somewhat “deflated,” said Reedman.

Reedman initiated ‘Project Tiger’ to simplify and consolidate the technology infrastructure behind the company's talent management and core recruitment functions as well as its recruitment process outsourcing businesses. The project would also help trim corporate and regional costs.

A number of transformation projects emerged, said Reedman. Infrastructure and service desk voice and data services – which had been outsourced to UXC Connect for more than three-and-a-half years – were brought back in-house. Around 80 percent of IT staff are based in Sydney with the remainder in Hong Kong.

“It [the outsourced agreement] wasn’t working that well. A lot of our apps are bespoke and have been developed in-house. Unless you are entrenched in our culture and know the systems, it’s very difficult to support,” he said.

“Now it’s internal. When you are outsourced, you don’t control the resources and don’t have visibility over what you are doing. We have some unique requirements in terms of our telephony solutions and we need to action them quickly.

“I can now divert of telephony resources to wherever I want them at the drop of a hat – everything is still logged and requested and we make sure we go through a prioritisation process,” he said.

Reedman and his team replaced Dell OptiPlex workstations running Windows XP and Windows 7 with Dell Wyse D10D thin clients running Citrix. The rollout of the thin clients had several benefits: no local workstation support is required, lower power consumption, a reduction in licensing costs, and removal of an end of life Windows OS that posted a security risk, Reedman said.

Another aspect of the project was to consolidate its data centres from four to two around the region – a data centre in New Zealand has been closed and a secondary data centre in Sydney is next, said Reedman.

The majority of Hudson’s IT infrastructure is now housed in two data centres – one in Sydney at Global Switch and another in Hong Kong at NTT.

“We are aiming to eventually have the data centres in Hong Kong and Sydney replicating and supporting each other,” said Reedman.

“The smaller switches allowed us to reduce valuable rack space within the Hong Kong data centre,” he said.

“We were able to remodel our office communications room from a large purpose-built room consuming valuable floor space, to a comms cabinet model.”

Finally, the company consolidated the number of telecommunications carriers it uses across Asia from 15 to 1 following Telstra’s acquisition of PACNET.

This consolidation not only reduced operational costs but made it easier to manage and opened up other opportunities for Hudson’s expansion across the region, said Reedman.

“Situations change due to several reasons, which results in increased resource demands. Leveraging our corporate project management office, we were able to ensure initiatives were prioritised and these priorities were communicated throughout the organisation,” he said.

Reedman said that importing hardware into Asia was a challenging exercise, especially within China. This issue was overcome by sourcing local vendors where possible or engaging customs agents.

'Scope creep' also impacted the project and the largest increase in scope was a decision to remodel the Shanghai branch office – Hudson’s largest office globally – three months prior to go live.

“This was a major undertaking with the office being remodeled during China’s ‘Golden Week.’ The saving grace is that construction can be completed around-the-clock with China,” said Reedman.

Hudson also needed to adapt to the cultural differences within China. Delivery methods and communications, such as communications and training material were created in multiple languages and had to be adapted to accommodate the local environment.

“The team that was deployed to deliver ‘Go Live’ were trained in basic Chinese phrases as a sign of respect and to highlight the merging of cultures rather than imposing the ‘Australian way,’” he said.

Taking into consideration the insourcing of IT, consolidation of its data centres and telecommunications providers, the transformation has generated annual OPEX savings of between $650,000 and $700,000.

“The return on investment on each initiative has ranged between 12 and 18 months, which was extremely compelling when presenting the business cases,” said Reedman.

Cost reductions haven’t resulted in poorer service as the company negotiated increased link capacity – Shanghai went from 2Mb/s to 20Mb/s – and four months into the insourced model, the team are reaching customer satisfaction scores of 4.8 out of 5, he said.

“The increase in business productivity while captured as a soft benefit has been evident and will only continue to increase as we complete other aspects of our IT roadmap,” Reedman said.