It will try to recoup some of the $260 million owed 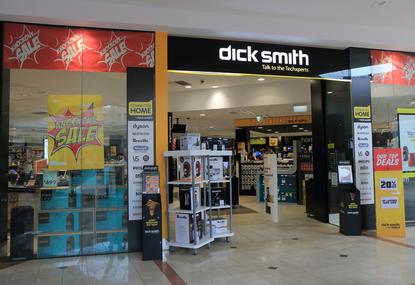 In a bid to recoup some of the $260 million owed, creditors have voted in favour of putting Dick Smith into liquidation.

The second creditor’s meeting was held on July 25, and McGrathNicol will also be the liquidator. Creditors will also form a Committee of Inspection to consult with the liquidators.

McGrathNicol were appointed as administrators on January 4 and National Australia Bank and HSBC appointed James Stewart, Jim Sarantinos and Ryan Eagle of Ferrier Hodgson as receivers. The receivers will also be looking into Dick Smith’s directors.

Aggressive store expansion, buying too much inventory, strained supplier relationships and not generating enough sustainable profit, were some of the numerous triggers that led to Dick Smith’s spectacular demise, according to McGrathNicol’s creditor’s report released on July 13.

The retailer’s issues with obtaining favourable credit terms impacted stock levels, product mix and store presentation. Cash flow pressures also lead to banking covenants being breached that could not be remedied. And this all eventually led to a major inventory write down of about $60 million in November.

A potential $101 million could be recovered from the sale of assets and product. Although unsecured creditors and shareholders, shouldn’t expect to see any return, McGrathNicol, said.

The report detailed the retailer’s borrowings increased from $71 million to $127 million in the six-months ending December 31, due to significant payments associated with inventory growth, capex commitments and a dividend to shareholders.

“Dick Smith was on restricted trading terms with many of its suppliers due to late payments, and had insufficient positive cash flow to purchase new and desirable (high-margin) stock. Its inability to purchase new stock put further pressure on profitability,” the report said.

Outstanding employee entitlements have been paid, with about $2.1 million in historical underpayment issues that will be rectified this calendar year.