“It is difficult to see ... how Verizon will benefit from the acquisition." - John Colley 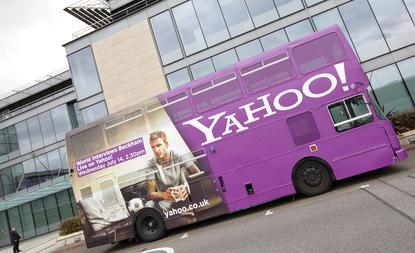 Yahoo will continue to struggle despite its $4.83 billion sale to Verizon as ‘alliances of the weak’ in an attempt to make a single strong competitor very rarely work, according to Warwick Business School’s John Colley.

Colley, a professor of practice at the school’s strategy and international business group who researches large takeovers and was previously managing director at FTSE100 firm, BPB plc, said these alliances usually leave a bigger weak player.

“This seems likely with this tie-up in a market in which the winner takes all,” said Colley. “If you are not in the top two, then unless you have a credible niche, you will suffer. Yahoo has struggled to gain traction and recent results have been particularly disappointing. Why should Verizon and the addition of AOL change that?” he asked.

Last week, Yahoo reported earnings of US9 cents per share, under the 10 cents that market analysts had expected. The company announced a US$482 million write-down on the value of social media service Tumblr, which it purchased for $1.1 billion in 2013.

Colley said technology history is littered with the remnants of once all-powerful businesses such as Nokia and RIM, the maker of the Blackberry. Yahoo has struggled against the strength of network effects for a long time despite the various promises of CEOs, he said.

“It is difficult to see how this merger will change that and indeed how Verizon will benefit from the acquisition,” said Colley. “This is quite a major diversification from mobile telecommunications and it is not clear what benefits may arise from owning both as they are such different businesses.”

The mobile telecoms industry is maturing and this acquisition appears to be more about finding future growth in unrelated diversification, which is always a high risk path, he said.

Colley believes the acquisition is motivated by AOL’s CEO Tim Armstrong who is seen by some as more likely to be successful running Yahoo than its current CEO Marissa Mayer, who has been under pressure from investors for failing to ‘stop the rot’ at the company.

Armstrong will need to not only turn around Yahoo but also oversee the integration with AOL.

He said integration is frequently blamed for botched acquisitions which destroy value, and loss of market share and key personnel during the integration process had become the norm.

“Competitors use the opportunity to move in on customers and staff alike,” he said. “Integration is a major internal distraction for staff who are wondering what the future holds for them.

“Effectiveness collapses and the business suffers. There are few exceptions; Armstrong will need all the luck he can get,” he said.