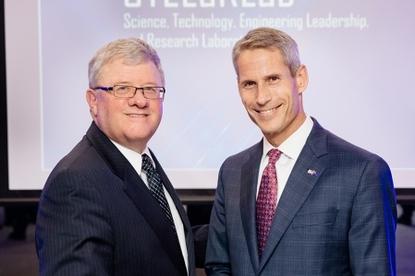 Lockheed Martin is opening a research and development facility in Melbourne, the company’s first outside of the US.

The result of a three-year, $13 million investment, the lab is anticipated to eventually employ more than 20 staff.

“The decision to establish a multi-disciplinary R&D facility in Australia was partly based on Lockheed Martin’s own track record of research and development success with Australia’s Defence Science and Technology Group and Australian universities over the last 20 years,” he said.

The centre is a collaboration between Lockheed Martin, the Defence Science Institute and the University of Melbourne. The centre will be located in the university for three years before moving to a permanent location in a university backed ‘innovation precinct’: The Carlton Connect Initiative.

“The university has made no secret of its desire to both deepen and broaden its engagement with industry to have high impact and work together to solve some of the world’s most challenging problems,” said deputy vice-chancellor, Professor James McCluskey.

“The establishment of STELaR Lab further reinforces our position as an industry leader in defence and technology, and we are proud of our ability to bring best practice and leading edge concepts to Australia to support growth and innovation,” said Raydon Gates, Chief Executive, Lockheed Martin ANZ.