​The rise of the successful corporate psychopath

Organisations have their recruitment screening processes back to front, says forensic psychologist 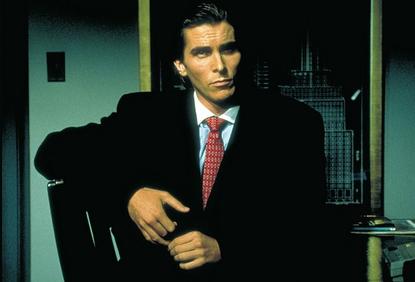 Businesses should undertake psychological screening to help identify ‘successful psychopaths’ as a higher level of psychopathic traits exist among people found in the upper echelons of the corporate sector.

Forensic psychologist, Nathan Brooks – who is speaking about the emergence of non-criminal psychopathy at the APS Congress in Melbourne this week – says many businesses have their recruitment screening back to front.

“Too often companies look at skills first and then secondly, consider personality features,” said Brooks. “Really it needs to be firstly about the candidate’s character and then, if they pass the character test, consider whether they have the right skills,” he said.

Psychopathic traits are common in the top executive levels of the corporate world with a prevalence of three to 21 per cent, said Brooks. This compares to emerging studies that show one in 100 people in the general community and one in five people in the prison system are psychopathic.

The term “successful psychopath’, which emerged in the wake of the 2008 global financial crisis, has promoted a range of new studies, said Brooks. The term describes high flyers with psychopathic traits such as insincerity, a lack of empathy or remorse – people who are egocentric, charming and superficial.

As part of his PhD, Brooks – who was working with Dr Katarina Fitzon of Bond University and Dr Simon Croom of the University of San Diego – examined psychopathic traits in the business sector.

Brooks said the research has major implications for the business sector as the successful psychopath may engage in unethical and illegal business practices and have a toxic impact on other employees.

“Typically, psychopaths create a lot of chaos and generally tend to play people off against each other,” he says.

One study of 261 corporate professionals in the supply chain management industry showed extremely high prevalence rates of psychopathy with 21 per cent of participants found to have clinically significant levels of psychopathic traits – a figure clinically comparable to prison populations.

The researchers have developed a corporate personality inventory tool, designed to assist businesses to assess for psychopathic personality disorder during the recruitment process.

“We hope to implement a screening tool in businesses so that there’s an adequate assessment to hopefully identify this problem – to stop people sneaking through into positions in the business that can become very costly.”