As soon as next week, it may stop counting names in replies and media attachments in tweets 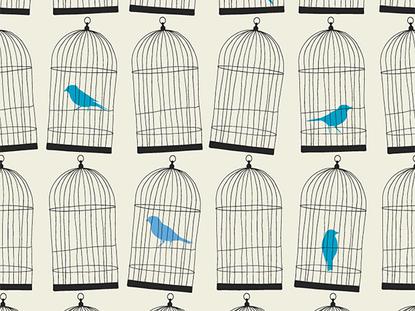 Twitter reportedly will loosen the reins on its 140-character limit on tweets as soon as next week.

Reports emerged in June that Twitter was looking to greatly expand its character limit - maybe even giving users a 10,000-character limit. But while a change may be in the offing, it doesn't look to be nearly that dramatic.

According to The Verge, Twitter will make a change to its character limit on Sept. 19.

The company will not exactly expand the number of characters it allows, but will stop counting some things, like images, GIFs and videos, against the limit. Twitter may also stop counting user names at the beginning of replies.

For Ezra Gottheil, an analyst with Technology Business Research, the change would be a good thing.

"It's certainly a small difference, but I know I appreciate it," he said. "I like the discipline of the character limit, but I don't like having to try and fit in names and links."

However, Gottheil wouldn't want to see Twitter do away with the limit all together.

"Sometimes you want more room, but that would happen with any limit, and not having a limit would make it a totally different experience," he said. "So you live with 140, but it's nice that it will be 140 for what you write, not 140 less things like names. It will also encourage you to include more names, which should add to the community feel."

Patrick Moorhead, an analyst with Moor Insights & Strategy, said such a shift by Twitter could lead to more.

"Users want more room to tweet when they've added something like a picture or video," he added. "This could be the start of something they could build momentum around.... Recently, Twitter has been taking more steps backwards than forward. Twitter isn't growing, and in social media if you're not growing, you're shrinking. To make progress, they need momentum to move them forward and this move could be a start."