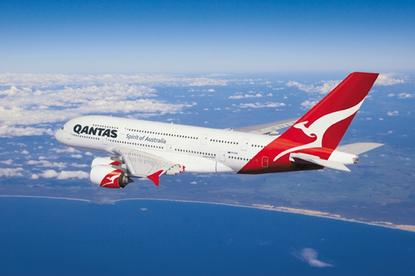 Data scientists, engineers and software designers from Qantas and GE will analyse some of the 10 billion data points produced by the aviation sector annually to help the carrier cut fuel costs and carbon emissions.

Australia’s national airline is the launch customer for GE Aviation’s first digital collaboration centre in Austin, Texas in the United States. The centre is staff by 100 technical specialists and is similar to other centres opened over the past year in Dubai, Shanghai and Paris.

GE and Qantas last year announced an agreement to explore engine data analytics. GE supplies and supports around two-thirds of the engines in Qantas’ airline fleet.

The companies said potential benefits from their collaboration includes more efficient takeoffs and landings and better forecasting of weather impacts on flights.

Qantas’ head of fuel and environment, Alan Milne, said even small gains in fuel efficiency add up to big benefits for the airline and lower emissions when they are multiplied across hundreds of aircraft in Qantas’ fleet.

“The work we are doing with GE is giving us more insight than we’ve ever had before into the way our aircraft operate, helping us find ways of flying smarter – and this is the next step in the partnership,” he said.

GE’s ‘Power of One Percent’ report estimated that the global commercial airline industry is spending about $179 billion annually on jet fuel. A one per cent cost reduction would save the global aviation sector around $30 billion over the next 15 years, GE said.