​Look out DevOps specialists, the Brazilians are coming 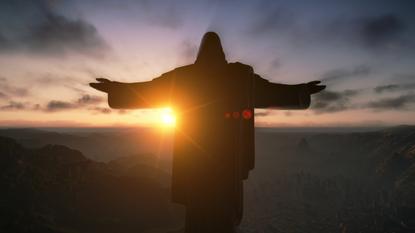 When Brazilian IT professional Hafid Sousa was looking to expand his career prospects with a move abroad, Australia was high on his radar.

“I had a few options,’’ the DevOps specialist says. “I had Canada, England and America, but I felt Australia would have a lifestyle and climate similar to my country.’’

Hiring experts agree the spotlight on South America is enduring beyond the Rio Olympics. With Australia’s thirst for DevOps talent intensifying, some recruiters are measuring close to a 20 per cent jump in Latin-born IT professionals taking roles here over the past six to 12 months.

The DevOps space is currently in high demand due to many companies looking to automate their application and infrastructure deployments, integration of systems and application releases.

Sousa first came to Australia as a tourist and then decided to do a master’s degree before applying for permanent residency. He has been working in the IT industry in Sydney for three years.

“When I was doing my master’s degree at the University of New South Wales, I got a job offer three months before I got my degree,’’ he says. “The company was in need of someone with the skills that I happened to have.’’

“While we are strong supporters of developing and encouraging Australia’s technology talent, we are also committed to finding the right person for the right role, with the most up-to-date skill sets for our clients,’’ she says.

“With this in mind, we are finding that many of our recent DevOps candidates are originally from South America.’’

Brazilian-born Marques says a large percentage of the candidates bring “outstanding’’ value and insights to the Australian market.

“In some cases they arrive in Australia with full working rights, which helps us to find them a great opportunity and make the difference in the current market place,’’ she says.

“I personally believe, the growth of the technology space in South America has more to do with the willingness to try out newer technologies and strong drive by the candidates who want to up-skill themselves and move overseas to test their ability to make a difference.’’

About 55 per cent of DevOps placements made by Davidson Technology now come from South America compared with other countries such as Europe and India, Marques says.

“The United States is becoming an area to watch as the technology market is moving fast there,’’ she says. “I have heard from sources that technology workers from South Africa are also starting to make in-roads in this space.’’

“A lot of movement at the moment of any type is certainly driven by political and economic uncertainty but I think because we have a skills shortage in those areas it is a bit of a ‘no-brainer’ for a lot of these people,’’ she says.

“They get paid more money here because it is a skill set demand, there is a higher volume of opportunity, they know that they are going to be employed and they like the lifestyle and quite often it is a better place for them to be.’’

Gray estimates about 30 per cent of the recruiter’s talent pool comes from South America, the Middle East and Europe.

“If you were specifically just looking at the South American piece it is about 16 per cent (over the last six months),’’ she says. “I imagine it will get to 20 per cent by March next year.’’

Davidson Technology Auckland software development specialist, Santiago Lopez Guinazu, who is originally from Argentina, says just under 15 per cent of the recruitment specialist’s DevOps placements in New Zealand are from South America and this was expected to grow in the coming year.

“The opportunity to work with great companies using latest technologies is a big pull as well as being able to leverage their extensive experience and contribute to building environments, processes and the DevOps culture from the ground up,’’ he says.

“Aside from this, being able to improve their English communication skills coupled with better salaries and a great lifestyle also contribute.‘’

Ricardo Machado, who founded Sydney-based networking group BRITA (Brazilian IT in Australia), believes the number of IT professionals moving Down Under has increased by about 20 per cent in the past year.

“Sydney seems a lot more like Rio de Janeiro – a coastal city with beautiful beaches, a more suitable climate,’’ says Machado, who came to Australia more than 20 years’ ago and currently works as a software development manager.

“I think the majority of Brazilians still go to the US, but there is a good number looking to Australia.’’

He says Australia has a huge deficit in particular skills such as DevOps and highly-qualified engineers.

“I think the impact is anyone who comes here with the right skills, with fluent English will have a really good time in terms of career and progression.’’