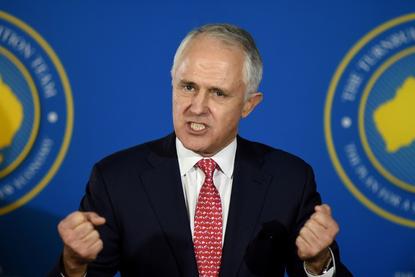 The prime minister has revealed that offensive cyber capabilities are being used in the fight against ISIS in Iraq and Syria.

Speaking in parliament today, Malcolm Turnbull added that they were making a “real difference” to operations there and were subject to international rules of engagement.

“I won't, for obvious reasons, go into the details of those operations, I can say that they are being used, that they are making a real difference in the military conflict and that all offensive cyber activities in support of the Australian Defence Force and our allies are subject to the same rules of engagement which govern the use of our other military capabilities in Iraq and Syria, such as our F18 Hornets,” he said.

In July, the ASD launched a recruitment campaign that will help boost the government’s offensive and defensive cyber capabilities.

In today’s ministerial statement, Turnbull emphasised that all offensive cyber operations were “subject to stringent legal oversight” and “consistent with our support for the International Rules-based order and our obligations under international law”.

The Prime Minister said that although taking the fight to ISIS in cyber space was less well known, it was “of increasing importance”.

In the domestic fight against against terrorism, Turnbull said that encrypted communications had made identifying terrorists more difficult.

“Increasingly widespread use of encrypted communications platforms makes the detection and interception of terrorist communications far more difficult. Human intelligence and the strong relationships and trust on which it depends are more important than ever,” he said.