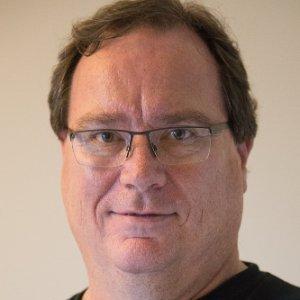 The centre – announced on Monday as part of the Turnbull government’s $1.1 billion National Innovation and Science Agenda – will drive the development of a globally competitive cyber security industry in Australia.

Davies will begin the role when the centre – operating as the Australian Cyber Security Growth Network (ACSGN) – when it opens in early 2017. Davies has more than 20 years’ experience in technology and cyber security.

In a post in his LinkedIn profile, Davies said he was looking forward to working with federal, state, and territory government as well as across the economy and into the research community.

“I plan to have nodes of the ACSGN in each state and territory over time to ensure national as well as local cyber security innovation is not restricted/biased by location,” he said.

He asked that Australian governments and industry look at how they can adopt Australian cyber security start up technology as they review and update their management of cyber risks.

“But the network won’t just be about startups,” he said. “The value that cyber security can provide to all organisations, public and private alike, is not yet well understood and my role will also be to help all Australian organisations to better understand the threats and take advantage of the opportunities a good handle on the cyber issues can create,” he said.

The minister assisting the prime minister for cyber security, Dan Tehan, said in a statement that strong cyber security is a fundamental element of Australia’s prosperity and confidence and vital for our national security.

“Cybercrime costs the Australian economy a conservative $1 billion annually,” he said. “The global cyber security market was worth US$74.5 billion in 2015, and it’s estimated it will be worth close to US$170 billion by 2020.

“Our commitment to improving cyber security will create opportunities for Australian businesses to grow their operations and reach new markets with their innovations,” he said.