Peter Mahler the new IT chief at Swinburne 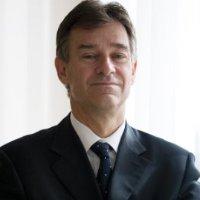 Peter Mahler is Swinburne University of Technology’s new chief information officer, replacing Lachlan Cameron who departed in October after just over two years in the role.

In an email sent to Swinburne staff on Friday, chief operating officer, Andrew Field, said Mahler will build a business-focused IT organisation that will partner with the university to help realise the Swinburne 2020 vision. The plan is to make Swinburne Australia’s leading university of science, technology and innovation.

“Peter is an experienced business and IT professional who has built a successful career specialising in program transformation and the mobilisation of IT organisations,” said Field.

Mahler has spent the past 5 years as a non-executive director at Praemium and has run his own consultancy, Mahler & Associates since 2008. He was CIO for 8 months between October 2009 and May 2011 at AXA Australia and was CIO at Coles between September 2002 and April 2008.

Prior to that, he was CIO at Belgacom (Belgium’s incumbent telco). He also held roles at Energy Australia, ANZ and Fonterra.

Four CIOs have come and gone at Swinburne over the past four years. Jenny Beresford, who is currently research director, digital innovation at Gartner, was CIO at the university for 1 year before leaving in 2013.

Mahler begins work on January 1. Swinburne declined to comment further about his appointment.