McGrath to focus on building his startup, MeetingQuality 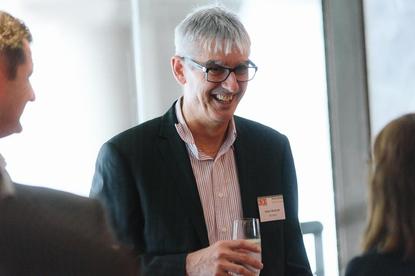 Kelvin McGrath has quit as CIO at large freight and logistics organisation, Asciano after more than six years in the role.

McGrath’s departure comes four months after Asciano was purchased by a consortium comprising Qube Holdings, Brookfield Infrastructure Partners and a group of global investment funds, for just over $9 billion.

McGrath said he is staying on at the organisation until February to help his team transition.

“I want to make sure I look after the people I am working with,” he told CIO Australia. “This is really critical infrastructure for Australia so we need to hand it over in good working condition and splitting it off isn’t an easy task.”

McGrath said Asciano was purchased for a premium over its share price and it was attractive to its buyers due to its "strategic assets" but also because of its technology infrastructure.

"The technology team is something to be proud of because it has been contributing to the success of the company and making it a worthwhile target to buy," he said.

McGrath told CIO Australia he will now focus on building his startup, Meeting Quality, which has created software that measures the quality of a person’s contribution to a meeting.

Attendees at a meeting fill out a 45 second survey, and the software aggregates all the responses and sends a confidential email to each attendee with their personal meeting promoter score (MPS). This is compared to the MPS aggregate of their organisation and the entire database.

"The interesting thing here is what you can do with projects - you can measure the contribution people are making in project team and stakeholder meetings and tie that to the success probability of a project, he said.