Software compatibility has been a big problem for ARM adoption in servers and supercomputers, but the acquisition may help 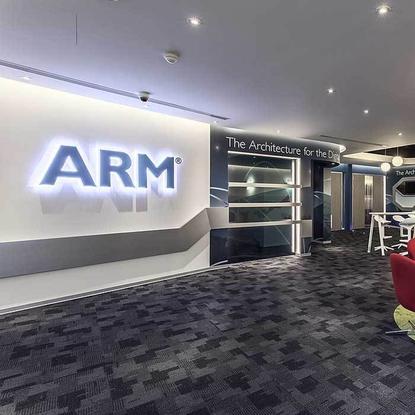 ARM has a big problem -- it rules in smartphones and tablets but hasn't broken into servers and supercomputers. ARM servers are devalued partly because many applications don't work with the chips.

But ARM has acquired Allinea Software with the hope of partially resolving the compatibility issue. Allinea provides software development, debugging, and porting tools, which should make it easier for people to write applications for ARM-based servers and supercomputers.

The acquisition will "provide a channel to thousands of developers using supercomputers and give us better first-hand knowledge of the issues being addressed as software is ported to new ARM-based systems," Javier Orensanz, general manager of the development solutions group at ARM, said in a blog entry.

The development tools will also be used for ARM chips in deep-learning systems, which require large-scale server deployments for analytics. ARM's competition will come from deep-learning and HPC software tools offered by Intel, Nvidia, Google, Microsoft, and more recently, AMD.

ARM designs chips and licenses them to third-party chipmakers like Apple, Samsung, Qualcomm, and Intel. The company is aggressively chasing markets like supercomputing and IoT and is in the process of being acquired by Softbank for US$32.4 billion.

Fujitsu is making the first ARM-based supercomputer called Post-K, scheduled to be deployed in Japan by 2020. The supercomputer will have 64-bit chips based on a new microarchitecture called ARMv8-A Scalable Vector Extension, which has vector processing abilities for complex calculations.

With the Allinea deal, ARM realized its software weakness and is acting on it. It is acquiring customers and a shortcut to get more developers to write applications for ARM processors. Allinea tools are used by many organizations with some of the fastest computers in the world using other chip architectures.

Allinea's team will become a part of the ARM's HPC development solutions team. ARM's acquisition won't affect Allinea's product roadmap. ARM did not reveal how much it paid for Allinea Software.