Toyota, Ford, Suzuki and Mazda are some of the supporters of the consortium 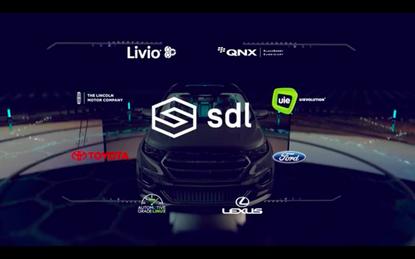 Car makers Ford and Toyota have announced the SmartDeviceLink Consortium, a nonprofit to manage open source software for the interface of Android and iOS smartphone apps with their vehicle infotainment systems.

Elektrobit, Luxoft, and Xevo have joined as the first supplier members, while Harman, Panasonic, Pioneer and QNX have signed letters of intent to join, according to an announcement Wednesday by Ford and Toyota.

By using an open source platform, the car makers hope to give themselves and their suppliers a standard with which to integrate apps with the vehicle display screen, steering wheel controls and voice recognition. Having a common platform adopted by many car makers would attract developers, who can benefit by integrating one linking technology used by all participating automakers.

The open source project will be managed by Livio, a software startup Ford acquired in 2013, which will work with early adopters to build the interfaces for each vehicle environment.

Apple and Google are already offering technologies that integrate smartphones with the infotainment systems of cars, and these have been adopted by many car makers. Ford itself said in January last year that it was increasing the number of smartphone functions that can be controlled from car interfaces by adding support for Apple CarPlay and Android Auto, and introducing more apps for its Sync in-vehicle connectivity system for some of its vehicles.

SmartDeviceLink is based on Ford’s contribution of its AppLink software to the open source community in 2013. The AppLink connectivity interface, released to the Genivi Alliance, allowed drivers to take control of compatible smartphone apps through dashboard buttons or voice commands, and is already available on more than 5 million vehicles globally.

Toyota Motor said in January last year it would adopt SmartDeviceLink technology for its vehicles. Automakers PSA Peugeot Citroën, Honda, Mazda and Subaru were also considering adding the software, Ford said at the time. Toyota plans to launch a telematics system that integrates SmartDeviceLink by about 2018.