​Marissa Mayer to resign from Yahoo board

Yahoo to be renamed Altaba Inc 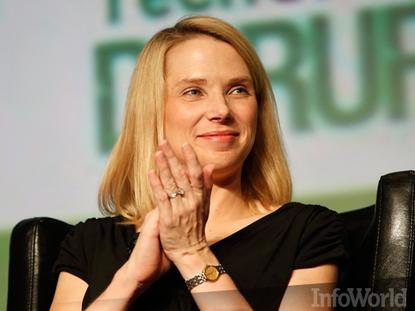 Yahoo CEO Marissa Mayer will resign from the company’s board of directors after its $4.83 billion sale to Verizon is completed.

In a filing with the US Securities and Exchange Commission on January 9, Yahoo also said it would change its name to Altaba Inc following the sale.

Yahoo co-founder David Filo, Eddy Hartenstein, Richard Hill, Jane Shaw and Maynard Webb will also resign from the board, the company said in its filing.

Yahoo’s sale to Verizon has been threatened by a massive data breach, which occurred in 2014 but came to light last September. Yahoo account details including hashed passwords, phone numbers and email addresses may have been stolen during the attack. Verizon learned of the incident two days before it was disclosed by Yahoo.

At the time, Verizon CEO Lowell McAdam told the Wall Street Journal that the organisation wasn’t planning to walk away from the Yahoo acquisition following the attack. In October, the New York Post reported that Verizon wanted a $1 billion discount on its original $4.8 billion asking price.

He said Yahoo has struggled against the strength of network effects for a long time despite the various promises of CEOs and it was difficult to see how this merger would change that.

Sotirios Paroutis, an assocaite professor of strategic management at Warwick Business School, said Mayer stepping down from the Yahoo board and the name change to Altaba is not a surprise.

"The writing has been on the wall for some time. After a string of acquisitions and restructuring attempts that did not deliver the expected results, Yahoo is effectively broken up," he said.

He said Yahoo's demise from a highly regarded and valued technology firm a set of investments and patents resembles what happened to Nokia.

"Adapting to rapid changes in the market is a requirement; especially for those firms at leading positions in their markets."