$1 million paid to external company to ‘prop up’ Ultranet project 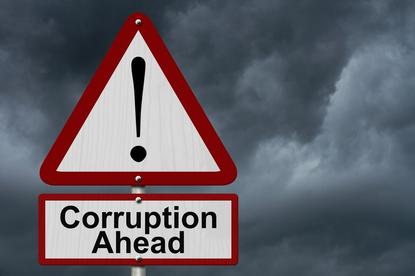 The report, tabled in Parliament, detailed several improper actions and behaviours by senior departmental staff that corrupted Ultranet’s tender process and “led to the waste of millions of dollars of taxpayers’ money,” IBAC said.

Ultranet was designed to be an online teaching and learning platform for all Victorian government schools. It was cancelled in 2014 following an audit by the Victorian Auditor-Generals office, which found that the project has not delivered on time and budget, was poorly implemented and was lacking a substantive business case. The total cost of the program is unknown but estimates ranged from $127 million to $240 million.

IBAC found that Darrell Fraser, the former deputy secretary at the Office of Government School Education – from his position as a senior executive responsible for the allocation of funds – was “instrumental in manipulating procurement processes to ensure the Ultranet contract was awarded to the CSG/Oracle consortium,” IBAC said.

Fraser had a long-standing relationship with both companies.

Improper actions by senior departmental staff, including Fraser, included receipt of gifts and travel, and improper communications during the tender process. Other actions included a likely attempt to influence the tender evaluation outcome by ‘stacking’ an assessment team with like-minded colleagues.

“As well, IBAC found decisions were made that were contrary to proper procurement process, in particular, the unreasoned and inexplicable decision to give singular preference to CSG, despite serious concerns about it credentials in the relevant area.

“Of particular concern was the fact that these decisions were made in the face of strong expert advice to do otherwise. So remarkable was this behaviour that one witness in evidence remarked that Mr Fraser’s ‘blatant and visceral’ disregard for his advice meant, ‘I couldn’t arrive at an explanation other than corruption that made all the things hang together,’” IBAC said.

IBAC’s investigation also revealed that around $1 million was improperly paid to an external company in an attempt to prop out the Ultranet project.

“There was also evidence some senior departmental officers used confidential information about the project to purchase shares, and misled the department about those purchases,” IBAC said.

IBAC has recommended the Victorian Department of Education and Training review current arrangements governing how schools and other work areas pursue and respond to commercial opportunities, and strengthen internal procurement and governance arrangements for major projects.

The department has advised it supports these recommendations.

IBAC is compiling a brief evidence for advice by the Office of Public Prosecutions.