CSIRO heads to US as Trump muzzles science agencies

The agency is opening a permanent office in San Francisco, while its US counterparts face gag orders 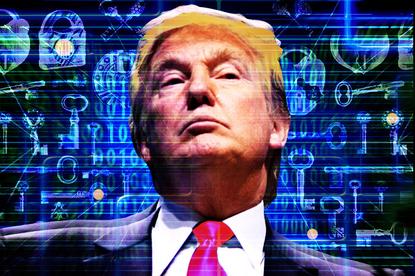 CSIRO is opening a permanent office in San Francisco in a bid to help Australian tech innovators tap the US market.

The new office, which will have a staff of around 10, will open in the coming months.

CSIRO Chief Executive Dr Larry Marshall said the location was a “no brainer” in terms of generating value for Australia.

“To accelerate innovation rates in Australia we need to accelerate international engagement, especially in regions where there is a significant opportunity to return value to Australia. From this point of view the US is a no brainer,” he said.

“Our focus is firmly on bringing benefit back to Australia and that philosophy will be applied to everything we do in the US. We’re looking forward to igniting Aussie innovation in such an exciting, dynamic market.”

The US office will be CSIRO’s second international office following the opening of CSIRO Chile in 2011.

The announcement comes during a troubling time for the US science agencies. Soon after President Donald Trump’s inauguration, information on the White House website relating to climate change was moved to an online archive.

Restrictions have been placed on communications from the US Environmental Protection Agency, with staff told that no external press releases will be issued and no social media posts will be permitted. Tweets sent by national park bodies were deleted, as part of the gag order.

Another CSIRO partner in the US, Oak Ridge National Laboratory had been earmarked for “elimination” by the former Texas governor, Rick Perry, tapped by Trump to lead it. Perry has since changed his mind.

Many in the US scientific community fear Trump’s policies will stymie future research.

CSIRO, itself the victim of substantial funding cuts by government, would not comment on the communications restrictions or expected funding cuts facing its US collaborators.

“Australia’s capacity to bring world-leading technologies to the market is unquestionable, but we need to realise that potential at scale. CSIRO US will provide a gateway to a market with big economic potential. CSIRO will support the Australian government and partner with the research sector and business - playing the role of Australia’s innovation catalyst on a global scale,” he said.

“This means we can amplify the impact of CSIRO technology and open the door for other Australian researchers, businesses and start-ups to realise more commercial value from their great innovations by taking them into a bigger market.”

Existing CSIRO partners in the US include DuPont, Chevron, GE, NASA and Rio Tinto Alcan. A CSIRO staff member is currently seconded to Boeing’s headquarters in Seattle.

CSIRO US follows the February 2016 launch of the Government’s innovation Landing Pad in San Francisco where the Department of Foreign Affairs and Trade said start-ups are already winning contracts.