NEC, Vocus, and MyNetFone among the new providers 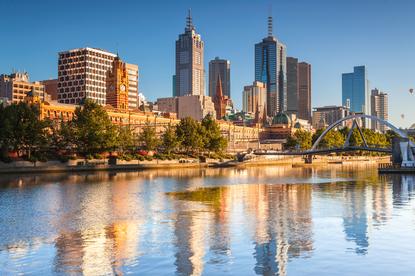 The Victorian government has overhauled its long-running telecommunications services procurement scheme, establishing a new set of contracts, worth $126 million annually.

The five new contracts range in duration from three to four years, and combine the services of Telstra and Optus, with the more agile and competitive niche services offered by NEC, Vocus, MyNetFone, Mitel, and R-Group.

The previous arrangement was established in 2004 as “evergreen” contracts with Optus and Telstra that were designed to run until terminated by either party.

The three separate telecommunications carriage services contracts were established under the state’s initial TPAMS arrangement in 2004.

The existing contracts cost $160 million per year, according to the state government, with the cost of the new contracts expected to see telecommunications carriage services spending drop to $126 million per year.

The new contracts come in to effect on February 1, and cover services such as fixed landlines, internet connection, mobile voice and data services, and videoconferencing for all Victorian Government departments and agencies.

The government said that the new procurement arrangement introduces market contestability and will provide a boost to Victoria’s growing telecommunications industries.

In addition to the new contracts for voice, data, mobile and internet services, the government said it is moving towards a new unified communications approach for a range of services. These include audio, web and video conferencing.

“The Victorian Government is one of the largest users of telecommunications services in Victoria and like any other consumer we know it’s smart to shop around to get the best value for money,” Victoria's special minister of state, Gavin Jennings, said.

“The market for mobile services, data and internet services is dynamic and competitive, and we’re proud to have been able to take advantage of that competition to save Victorians $34 million per year,” he said.

Nextgen Networks, Sliced tech, and Verizon Australia were among the local telcos that made it onto the new panel, joining Macquarie Telecom, Telstra, and TPG Network.

The new procurement panel, which comes under the remit of the Department of Finance, replaces the Internet Based Network Connection Services (IBNCS) panel, which gave rise to 198 contracts at a value of $470 million.