Hadley retires after five years in post; hunt is on for new IT chief 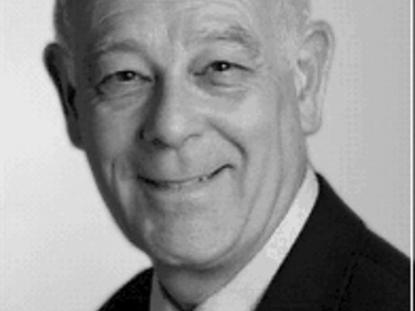 After five years at the helm, Patrick Hadley, CIO of the Australian Bureau of Statistics (ABS), is retiring, leaving the post on March 6, 2017

The ABS is now on the hunt for a new IT chief, with applications closing 6pm Wednesday 22 February 2017.

Hadley, who also wore the chief information security officer (CISO) hat for the ABS, led the Technology Services Division (TSD) in providing Information and Communication Technology (ICT) leadership and services for all areas of the ABS.

"Patrick has made an influential contribution to the ABS Statistical Business Transformation Program, helping secure government funding and delivering foundational infrastructure and new technology capabilities. He has transformed TSD through a more flexible and agile workforce and culture, the adoption of new methodologies including Agile and a greater external focus on acquiring technology solutions," according to an ABS spokesperson.

"Patrick has worked to introduce future-focussed technologies into the ABS IT environment, in end user computing and agile infrastructure, and has provided strong support to the 2016 Census, delivering innovative enabling technologies."

Hadley has over 20 years' experience in ICT leadership for organisational transformation in both the public and private sectors.

Prior to joining the ABS in 2012, Hadley was with the Department of Human Services as general manager, portfolio technology integration. Earlier, as CIO for the Child Support Agency he led the technology enablement to support the largest reform agenda for the agency since its inception.

Before moving to the public sector in 2005, he held IT leadership positions with Insurance Australia Group, Westpac, Commonwealth Bank and Coles Myer. Major ICT and business transformation programs included mergers and acquisitions, outsourcing and in sourcing arrangements and new business ventures.

Hadley's background is in business consultancy, and he has lived and worked in Europe and the Middle East as well as Australia. He also participated across government as a Gateway reviewer and Career Development Assessment Centre (CDAC) observer.

Hadley’s plan to retire comes in the wake of challenging times for the ABS after it reportedly faced criticism, along with IBM, in the aftermath of the online Census 2016 debacle.

The Census website was halted by ABS after it was hit with a series of distributed denial of service (DDos) attacks. The 2016 Census: Issues of Trust report found “significant and obvious oversights” in the delivery of the online national survey, which led to a 40-hour failure.