Qualtrics, SRA Information Technology, and Axalon are among the new IT providers to join the panel 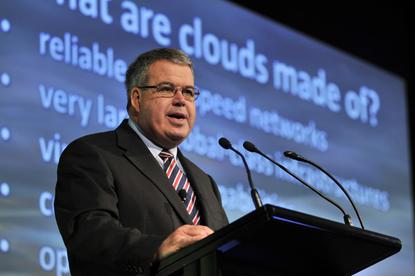 Qualtrics, SRA Information Technology, and Axalon are among a host of new IT providers to have been appointed to the Federal Government’s cloud services panel.

“All new panelists will be submitting services for inclusion on the cloud services panel service catalogue shortly. These services will soon be available for agencies to procure via the ICT procurement portal,” Sheridan said in a statement.

The latest additions to the panel’s fast-growing list of suppliers come hot on the heels of the last wave of companies to join the panel, with Fujitsu, Teradata Australia and Ricoh Australia, along with nine other companies named as new panel suppliers on 8 February.

The new additions bring the total list of suppliers on the whole-of-government procurement panel arrangement up to 159, including industry heavyweights such as Microsoft, Amazon Web Services, Dell Australia and Telstra.

The Federal Government has welcomed more than 40 new suppliers to the panel since January, revealing fresh batches of additional providers to the panel on 25 January, 2 February, and 8 February.

The new additions are part of a refresh of the cloud services panel, which was established in January 2015, with the aim of offering agencies with “scalable and flexible cloud services via industry offerings" and to do so in a way that "reduces the burden on industry”.

Minister for Finance, Mathias Cormann, revealed the first tranche of panellists in early 2015.

The initial term of the Panel expires on 31 March, with options to extend for another four years, with the arrangement covering platform-as-a-service, software-as-a-service, and infrastructure-as-a-service, along with services such as cloud service optimisation and integration.

Below is a list of the new suppliers that have been added to the whole-of-government cloud services panel: