All ANZ staff encouraged to become 'their own little data scientist' 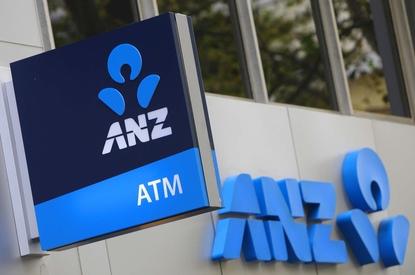 ANZ is encouraging staff to become "their own little data scientist" and providing easy-to-use tools for them to draw value from the bank's fast-growing data lake.

There was an ongoing effort by the bank to make its data more accessible to "the average punter in the organisation", ANZ's general manager of data, Darren Abbruzzese, told the Gartner Data & Analytics Summit in Sydney today.

The bank is increasingly pumping its diverse feeds of structured and unstructured data into a data lake underpinned by Hadoop. However, it is vital the data lake is well used to avoid it becoming a "data swamp" Abbruzzese said, and its contents be made accessible to the wider business.

"We're advertising what's in there, modelling it and giving them tools on top. To make it real," he added.

Give a man a fish

Efforts to ensure wider use include documenting the data within it in a "non-technical non-data scientist" way in a central registry. Anyone in the organisation is able to search the registry for terms like 'mortgage risk data' or 'customer transaction data' and they'll be pointed to the relevant files within the lake.

"We're trying to do that to make it real and take it away from those who like to play with Linux on the weekends and have [programming software] R installed on their desktop at work," Abbruzzese said. "A data lake for those people is great but for anyone else it's a pretty abstract concept. So we're trying to make it more concrete by documenting what's there and making it accessible."

Abbruzzese's team has also been applying some "light modelling, joining and linking" on top of the data lake to improve its accessibility to other business units.

"[It is] taking these raw sources of data that come into the lake or currently our more legacy warehouse, and creating really obvious business concepts on top. Represent a customer, represent a transaction, represent an account, parts of our balance sheet, financials etc. Things that anyone who works in a bank would know what they mean," he said.

"That starts to get you away from just that geek tech-y level, where you need to code in Python to get access to the data. Now you've got business concepts ... that to the average punter starts to look like an Excel table and they can start to structure it in their head," Abbruzzese added.

"Now every staff member in ANZ has access to Qlik and they can be their own little data scientist, develop some dashboards, use the tools that we've got available and the models we're generating to get some real value," Abbruzzese said.

Although existing data warehouses will remain – particularly in "slow moving and high risk" functions such as regulatory reporting – they were "not going to be a central tenet anymore" but rather an "adjunct out to the side", Abbruzzese explained.

Data is central to ANZ's ongoing strategy. Earlier this month, the bank appointed Emma Gray as its first chief data officer, tasked with overseeing "how data is defined, gathered managed and protected".

“How we strategically manage and use our data is fundamental to how we can deliver the best experiences for our customers and build a world class digital bank,” Carnegie said at the time of Gray's appointment.

The sharpened focus on data comes at a time when bank's are facing calls to open up customer and transactional data via APIs and give individuals more control over the data collected about them.

Last month, Abbruzzese warned that open data policies could prove a double-edged sword for the fintech industry and further entrench the dominance of the ‘Big Four’, since consumers have more trust in the established banking brands.