Meet Nadia, the avatar based on IBM's Watson technology 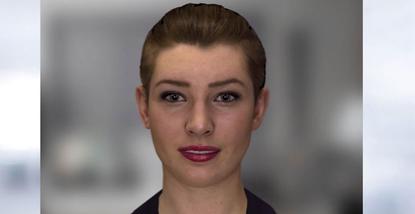 "She looks like a person but she's a super smart computer that responds in a very natural way," Marie Johnson, who is heading up the technology authority overseeing the roll out of the NDIA's IT architecture and strategy, said in the promotional video below.

Johnson told CIO Australia that Nadia was the government's first artificial intelligence innovation and the solution is driven by IBM's Watson technology.

In the video, Blanchett said she took on the role because she has had "disability very close to me and my family."

Nadia has been designed in conjunction with people who have disabilities and understands thousands of questions. A trial of Nadia is starting on the NDIS' participant portal website over the next few months and she is expected to be fully operational in 12 months.

The NDIA hinted at its plan to use Watson in October 2015 after Johnson and Department of Human Services’ CTO, Charles McHardie travelled to the US to meet with IBM staff and gain access to advances in contextual and human machine interfaces and cognitive computing.

The NDIA will continue to incorporate cognitive computing functions into a ‘fit for purpose’ platform that will support Australians with complex physical and intellectual disabilities under the $22 billion NDIS.