Government workers fight Trump on his own turf -- Twitter

When government employees decided to fight back against the Trump administration’s crackdown on scientific research, they took to Trump’s favorite and most effective outlet. 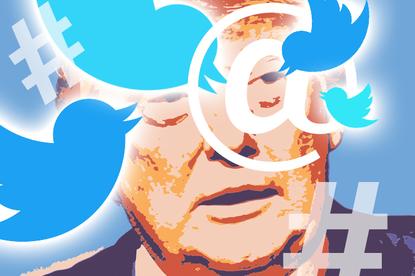 President Donald Trump has effectively commandeered Twitter as his personal megaphone and federal employees who feel slighted or threatened by his policies have taken notice. Within days of Trump assuming the presidency, rogue Twitter accounts purporting to express views of government agencies and their staff began springing up as a new form of resistance to some of Trump’s policies.

It began when the Trump administration began ordering the removal of scientific data from government websites and imposed gag orders on the Environmental Protection Agency and the U.S. Departments of Interior, Agriculture and Health and Human Services. The crackdown on government agencies and stifling of scientific research, particularly on climate change, proved to be a breaking point for dozens of government scientists who are determined to resist Trump’s disdain for scientific facts and environmental protections.

More than 50 rogue Twitter accounts claiming to be affiliated with current or former government employees are now in operation, including @AltNatParkSer, @RogueNASA and @AltHHS. The various accounts don’t appear to have a centralized leader and some have quickly devolved into bullying, name-calling and other meme-driven insults that could undercut their message.

None of the rogue Twitter accounts are verified and some have repeatedly refused calls to identify the people running the accounts, citing safety concerns.

David Berkowitz, chief strategy officer at marketing tech company Sysomos, says it’s important to note that these accounts have not been verified because that’s part of the allure, but that lack of authenticity could also be used as a sort of bait and switch. “One could create an account purporting to be a rogue government worker, post a lot of content that seems to undermine the government, and then make up some outlandish, fictitious stories that in turn undermine that rogue account,” he says.

“This is the greater problem: It undermines the government, but it further shatters trust in everyone and everything. And it's hard to escape that one's view of it is highly partisan,” Berkowitz says. “Someone who favors this happening under Trump's administration would most likely have been aghast if it happened under Obama's. Facts themselves are now partisan.”

While the unverified nature of these accounts fuels the perception that a grassroots resistance is forming within the federal government, there’s also very little evidence that verified Twitter accounts matter much at all, according to Melissa Parrish, vice president and research director at Forrester Research. “It’s almost more of a defense mechanism than a stamp of credibility,” she says. “I don’t think people will believe the rogue accounts more if they get verified… Frankly, the people who believe in the message are going to follow those accounts even if they’re totally fabricated.”

The rogue Twitter accounts signify the growing rift between the Trump administration and federal employees who are responsible for enforcing policies implemented by the president and his staff. Government employees who are choosing to dissent in such a public forum don’t just disagree with Trump’s policies, they view the administration as a direct threat to their work and legacy.

“This is a qualitatively different worry among federal employees and that brings out this sort of thing,” says Rick Parrish, principal analyst at Forrester Research (he and Melissa Parrish are siblings). “What could come under attack here is the whole notion of science itself, the whole notion of established science. This is a very personal, passionate thing for people who dedicated their lives to science.”

Twitter’s impact as a form of political resistance

Twitter’s role in all of this is not happenstance, according to Melissa Parrish. “You have the president of the United States using the exact same piece of publicly facing technology to engage and rally his supporters that his detractors also use,” she says. “It’s sort of like the most beautiful, logical outcome of the advent of social or peer-to-peer tech.”

The open nature of Twitter’s service is also exposing “vastly more people to the opinions and thoughts of unhappy federal workers than was ever previously possible,” she says. The democratization of communications has displaced power structures at the highest levels of government.

“In this kind of media environment, authority figures in government don’t control the government narrative anymore,” Rick Parrish says. “Trying to have one centrally controlled authoritative narrative and blocking out all other voices is a losing proposition.”

[ Related: Twitter’s impact on the 2016 presidential election is unmistakable ]

The power of Twitter, and social media more broadly, is to give people a voice and distribution network to connect with a global audience free from any intermediary, according to Berkowitz. “The resistance could hardly have coalesced so well without social media,” he says. “Many of these rogue accounts seem legitimate, and at least some probably are. In another era, these would have been people weighing whether to be ‘Deep Throat’ and contact a media outlet. Today, they are the media outlets.”

Twitter’s influence also far exceeds its own success in increasing usership of the service itself, according to Melissa Parrish. “It creates its own expanding sphere of influence because tweets are themselves public,” she says. Despite Twitter’s business challenges, it still provides the most open and deliberate pathway for dissidents to share their views. Twitter is the preferred communication channel for Trump and his detractors because the sphere of influence on competing social networks tends to be more limited to one’s own bubble, she says.