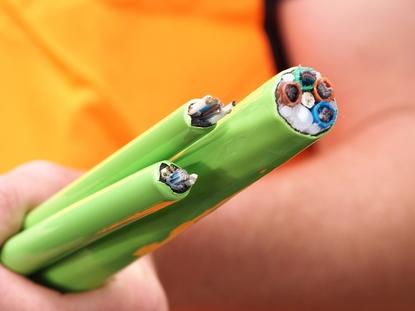 The company charged with building Australia’s National Broadband Network, nbn, has moved to quell calls for it to abandon its fibre-to-the-node (FTTN) rollout amid plans to step up the footprint of its alternative fibre-to-the-curb (FTTC) technology,

Fresh reports suggesting that nbn may be set to favour the newer FTTC technology – also known as fibre-to-the-distribution-point (FTTdp) – over its existing FTTN technology for future deployments has led to questions over the continued FTTN rollout.

One of the more outspoken critics of the NBN rollout has been Laurie Patton, CEO of Internet Australia, a not-for-profit peak organisation representing Australian Internet users.

Patton has previously criticised nbn for continuing to roll out its network using the existing FTTN technology while the FTTC alternative is available, suggesting on 1 March that nbn should abandon the FTTN rollout while the newer FTTC/FTTdp technology is available to use.

“They’ve [nbn] already announced they’ll use FTTdp in lieu of the Optus HFC (Pay TV) cables that have been found to be unusable. So why continue to roll out inferior technology that they know will need to be replaced?” Patton said.

“If FTTN isn’t considered good enough for Optus customers how can they expect anyone else to settle for an inferior product?

“Our internationally respected technical experts assure me there is no such thing as an upgrade path for FTTN and it will need to be replaced within 10 to 15 years, if not sooner,” he said.

The criticism came after nbn chief, Bill Morrow warned that Australians must pay extra to be upgraded from the copper-wire based FTTN service currently provided under the company’s roll-out strategy.

During a Senate Estimates hearing on 28 February, Morrow told Senator Deborah O’Neill that Australians will have to pay more for superior technology to receive faster broadband speeds than can be delivered via FTTN.

“When we see that people are willing to pay more than what they are paying today for 25 Mbps, then we will build a business case," he said at the time.

Yet the company now looks as if it may be gearing up to prioritise the FTTC technology over FTTN, despite having already put the wheels in motion to roll out large portions of the network via its FTTN footprint.

The FTTC technology came to the fore last year when nbn revealed it would consider using the technology to connect over 700,000 premises previously earmarked for connection to the network via existing Optus Hybrid-Fibre Coaxial (HFC) infrastructure or FTTN technology.

The FTTC technology sees nbn deliver fibre all the way to the telecom pit outside a premises, reducing the reliance on Telstra’s legacy copper network for the final leg of a connection, and offering the potential for a much faster connection. FTTN, on the other hand, involves an existing copper connection to a street-based cabinet.

"We have tested FTTdp over the last year and we're confident we can now deploy the technology in areas where it makes better sense from a customer experience, deployment efficiency, and cost perspective,” said nbn chief network engineering officer, Peter Ryan, at the time.

Now, Ryan is working to convince critics of the company’s move to consider favouring FTTC while still going ahead with the rollout of the FTTN footprint, suggesting that the older technology facilitates the use of the newer one.

“If we choose to deliver FTTC in an area served by FTTN all we need to do is link into the fibre that is already serving the cabinet and then – with a very small amount of work at the nearby pit – we can run ‘skinny fibre’ from that pit through existing ducting into the streets to deploy FTTC,” Ryan said.

“We run that fibre into the Distribution Point Units (DPUs) in the telecom pit in front of people’s homes and connect into the existing copper line serving the home and we are done.

“This is the real benefit of FTTN, it allows us to deliver nbn services to end-users in a time and cost effective manner which allows us to connect end-users much sooner than we could with other technologies – but also provides a simple upgrade path to higher-speeds,” he said.

Additionally, Ryan suggests that, on a project the size of the NBN, it would not be practicable to dismiss the 18 months or more of design, planning and construction work already in the pipeline for FTTN deployment to millions of homes and change them to FTTC.

“If we were to do this, to put it quite simply, we would have to tell residents in several million premises that were scheduled to get nbn services over the next 18 months via FTTN that they would not now be getting connected for another two to three years as we’d have to re-start the entire design, planning and construction process,” Ryan said.

“A good example of how these things work would be how nbn gradually scaled down the Fibre-to-the-Premises (FTTP) rollout following the move to the Multi-Technology-Mix policy after the 2013 Federal Election.

“The nbn is like an enormously long train, you can’t just bring things to a complete stop and change direction, it just doesn’t work that way and never will,” he said.

Meanwhile, nbn’s executive general manager of corporate affairs, Karina Keisler, maintains that the company continues to remain committed to deliver the HTTC technology to 700,000 premises – as previously announced last year – including around 400,000 currently covered by the Optus HFC infrastructure.

Regardless, Keisler suggested that, for an FTTC deployment in an FTTN area, an existing nbn FTTN cabinet would continue to run services over the legacy copper lines while FTTC is being deployed in that area.

“Over time most of a neighbourhood might migrate over to FTTC services – so eventually an FTTN cabinet may be turned off once all end-users are on FTTC – but it could then be re-purposed for other future uses.

“In the instance that we did turn off the FTTN cabinet for delivering VDSL services then at the very least we can be confident the assets would have by then delivered revenues for nbn for a very lengthy period of time and would have paid back the original nbn investment in the area,” she said.

At present, Keisler said that nbn estimates that, based on its initial limited trials, it will cost around $2,800 per premises for FTTC.

“But more work is needed in the field,” she said.