Ask.com serves as a conduit for malware - again 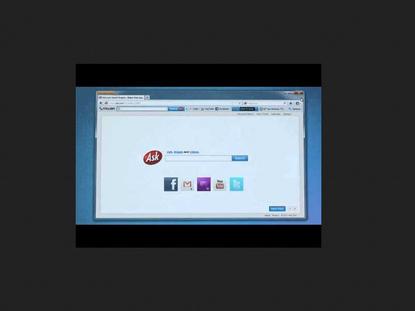 Businesses that allow the Ask.com toolbar in their environments might want to rethink that after endpoints equipped with the browser add-on were compromised last November and then again the very next month using pretty much the same attack methods.

In both cases attackers managed to infiltrate the Ask.com updater infrastructure to the point that they used legitimate Ask signing certificates to authenticate malware that was masquerading as software updates.

And in both cases Ask Partner Network (APN), which distributes the Ask.com toolbar, told the security vendors who discovered the incidents that it had fixed the problem. The first one was discovered by security vendor Red Canary, and the second was caught by Carbon Black, whose researchers just wrote about it in their company blog.

Both times the attacks were caught by the security vendors’ behavioral analysis engines before any harm was done.

APN has not responded to Network World’s request for information. This story will be updated when it does.

Ultimately the malware in the attack discovered by Carbon Black’s Cb Defense platform enabled the attackers to take control of a victimized machine, map the surrounding network, move into other machines using stolen credentials and install backdoors to maintain their ability to do more mischief. The attackers were trying to install remote control malware on those machines when they were caught, says Paul Drapeau, a principal threat researcher at Carbon Black and an author of the blog post.

The attack started when a process in the APN updater connected to an Ask.com site and immediately after connected to a virtual private server that the attackers used for command and control (C2).

Drapeau says he doesn’t believe the process itself was set up to contact the C2 server. Rather something in the APN update server caused it to make that connection.

The attackers acted very quickly once they compromised the first endpoint. They installed command shells within a minute and within 45 minutes had downloaded additional malicious payloads to perform reconnaissance and attack other devices, Drapeau says.

It was apparent that this was a targeted attack since Carbon Black has seen no other similar attempts among its customers. Also, it was not an automated attack. “There was definitely a human being at the other end,” he says. He believes that because of the typos he observed in the commands issued to the malware.

The lesson for security pros is to recognize the undetermined risk these add-ons can pose by increasing the attack surface malicious actors have to work against. It’s especially important to weigh those that come with remote updaters that can fall under the radar as they download binaries that could be malicious.

A possible clue about where the attack came from and its purpose was found in a programming database string: E:\测试\apache2劫持\2016-11-24\downloader\loader\Release\loader.pdb

The two Chinese characters translate as test and hijack.